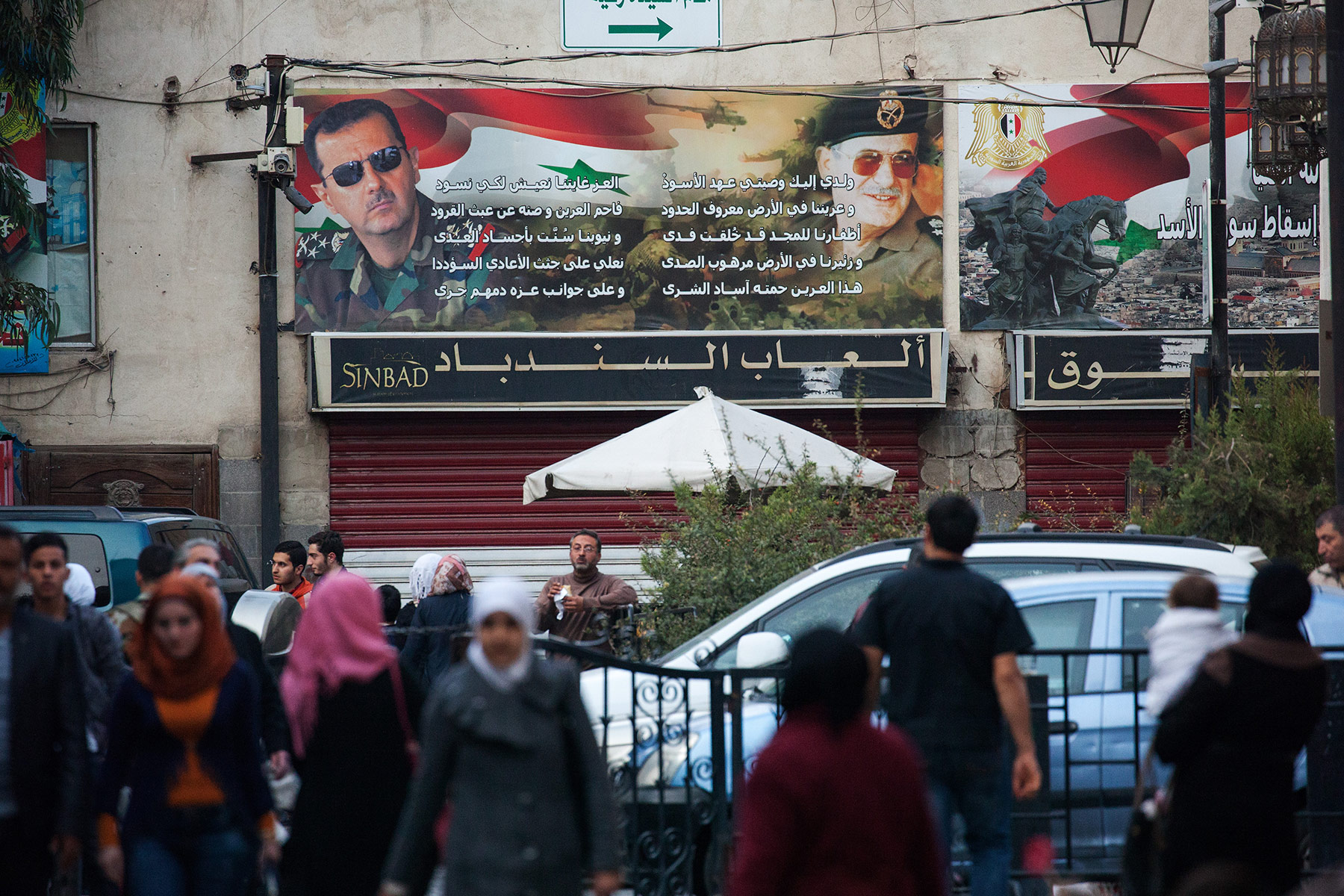 It has been over a decade since a civil uprising began in Syria during the height of the Arab Spring. What started in March 2011 soon developed into a civil war between the government of Bashar al-Assad and the Syrian opposition, made up of various factions with different ideologies. Throughout the ongoing conflict, the opposition have been supported by international actors with interests not only in Syria, but in the wider region too.

Will Saudi-Iran Talks Lead to Anything?

After years of conflict that have caused one of the biggest migration crises since World War II, it is clear that the Assad government, with the support of Russia and Iran, will maintain its grip on power. The question now is what a post-war Syria will look like with President Assad and his regime still in office.

In order to understand what may lie ahead, it is necessary to understand the origins of the Assad family, their Alawite background and their influence on Syrian identity over the past 50 years.

The two largest sects in Islam are Sunni and Shia. Both sects overlap in most fundamental beliefs and practices, but their main difference centers on the dispute over who should have succeeded the Prophet Muhammad as leader after his death in 632. Today, between 85% to 90% of Muslims are Sunni and around 10% are Shia. Sunnis live in countries like Saudi Arabia, Egypt, Morocco, Indonesia and Pakistan. Shias are largely located in Iran, Iraq, Bahrain and Azerbaijan, with significant minorities in Lebanon, Syria and Yemen.

Alawites, although not doctrinally Shia, especially venerate Ali ibn Abi Talib, one of the earliest Muslims and the cousin and son-in-law of the prophet. Shias consider Ali to be the first imam and rightful successor to Prophet Muhammad, while Sunnis see him as the fourth rightly-guided caliph who made up the Rashidun Caliphate. Before the French took control of Syria in 1920, members of the Alawite community considered themselves to be Nusayris. The French “imposed the name ‘Alawite,’ meaning the followers of Ali,” to emphasize the sect’s similarities with Shia Islam.

Syria is ruled by Alawites, but the community itself is a minority making up around 12% to 15% of the pre-war Syrian population. Sunnis account for the majority of the country.

The Rise of the Alawites

After Syria attained independence in 1946, the Alawite community began to play an active role in two key areas: political parties and the armed forces. On the one hand, the Baath party, founded in 1947 by Arab politicians and intellectuals to integrate Arab nationalism, socialism, secularism and anti-imperialism, was “more attractive to Alawites than the Muslim Brotherhood, a Sunni religious organization” founded in Egypt with a large base in Syria.

Furthermore, Alawites and other minorities continued to be overrepresented in the military due to two main factors. First, middle-class Sunni families tended to despise the military as a profession. Alawites, on the other hand, saw the army as an opportunity for a better life. Second, many Alawites, due to their difficult economic situation, could not afford to pay the fee to exempt their children from military service.

The Alawite presence in the army culminated in a series of coups in the 1960s. Supporters of the rising Baath party were a minority in Syria at the time. As scholar Rahaf Aldoughli explains, the regime embarked on a course of “rigorous state-nationalist indoctrination to consolidate Baathist rule and establish” its popular legitimacy. Among other efforts, “the Baathists sought to manipulate tribal and sectarian identities, seeking patronage by” upgrading the status of previously marginalized groups. This included the Alawite community.

The last coup d’état in Syria was carried out by General Hafez al-Assad, who had been serving as defense minister and was an Alawite. His actions brought the minority to power in November 1970. Three months later, Assad became the first Alawite president of Syria.

Once in office, “his project centered on homogenizing these diverse [marginalized] Syrians into a single imagined Ba’athist identity.” More broadly, Aldoughli adds, the overall aim of “nationalist construction was to subsume local identities into a broader concept of the ‘Syrian people,’ defined according to the state’s territorial” boundaries.

The Sectarianism of the Syrian Civil War

Shortly before the outset of the US-led war on terror, Hafez al-Assad died in 2000. His son, Bashar, took over the reins and continued in his father’s footsteps. This included policies of coopting the religious space and portraying a moderate Islam under the guise of a secular state that sought to curb Islamism and blur religious differences. Despite these efforts, the confessional fragmentation of Syrian society provided a factor of tension and instability for a state that ultimately never succeeded in addressing these differences in the political arena.

The Arab Spring consequently arrived in Syria at a time marked by a crisis of legitimacy of secular ruling parties such as the Baath. The crisis of governability meant the secular balance imposed by the regime in society began to crack, exposing anger around the Alawite minority’s overrepresentation in the state apparatus and the Sunni majority’s underrepresentation. The result was anti-government protests that began in March 2011.

Ultimately, the ensuing sectarianism of the Syrian conflict only makes sense if we also incorporate the geopolitical rivalries affecting the region. On the one hand, Lebanon’s Hezbollah and Iran are the Assad government’s main supporters and are interested in propping it up. On the other hand, Sunni actors such as the Islamic State group, the al-Nusra Front and Saudi Arabia want the government to fall.

That has failed. After 10 years of war, military forces loyal to Bashar al-Assad have retaken the vast majority of Syrian territory with the support of Iran and Hezbollah. As a result, both repression of the Sunni-dominated opposition and the strengthening of the Alawite community in the state apparatus are likely to remain part of a post-war Syria. How the Sunni majority reacts to the fact that Assad and the Alawites remain at the center of Syrian politics is unknown.