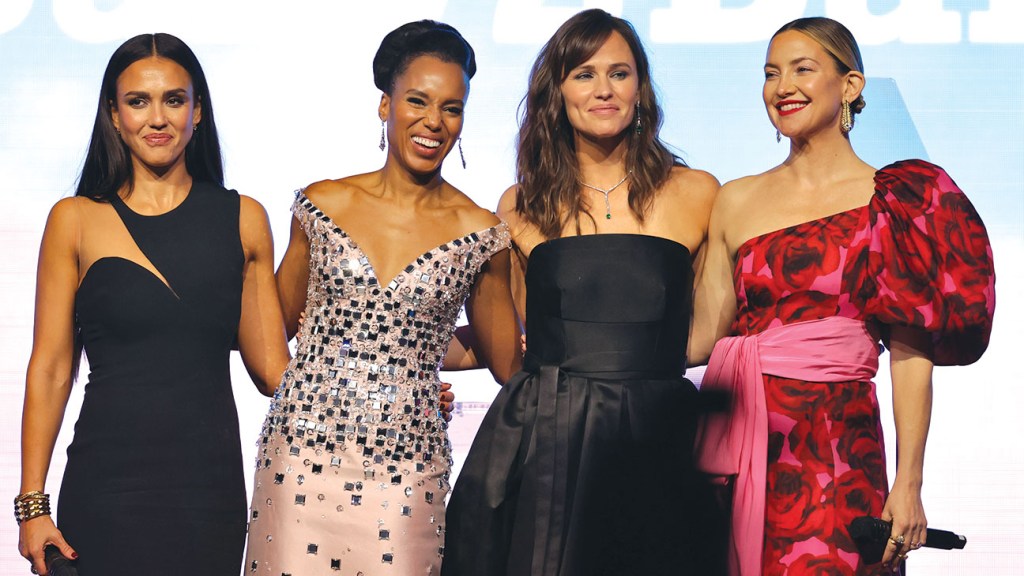 The nonprofit brought in its highest-ever fundraising total, $8.5 million, at its annual gala Nov. 13, attended by names including Jennifer Garner, Jessica Alba, Kerry Washington, Kate Hudson, Nicole Richie and Mindy Kaling. Every year, Baby2Baby provides essential items for families and children across the U.S., including to kids in homeless shelters, foster care and undeserved schools.

But the money it raises doesn’t help if Baby2Baby can’t receive or give away products due to supply chain issues. So the nonprofit earlier this year began manufacturing its own diapers to create a supply of 5 million items that will be distributed for free to caregivers. It also found it could make diapers for just 6 cents each, down from the 12 cents it was paying at general wholesale. baby2baby.org

Unable to host its annual Rock4EB event this year due to the COVID-19 pandemic, EBMRF — which helps people who have the skin disease epidermolysis bullosa — decided against a virtual event. “People were starting to have Zoom fatigue,” says founder and Brillstein manager Andrea Pett-Joseph. “So one of the things we came up with was a celebrity bake sale during National Dessert Day, which coincided with EB Awareness Week. We paired celebrity supporters up with different restaurants and chefs. They collaborated on their creations and the restaurants and bakeries sold them. And we launched a curated collection of wines with Bridget Moynahan and OneHope to raise funds and awareness, until we can get back to our live event.”

EBMRF also auctioned off celebrity meet-and-greets, “our version of a Backstage Pass. They offered up their time on an exclusive private 15-minute Zoom that people got to bid on,” continues Pett-Joseph. “As the world turned upside down and so many families were struggling to pay their bills, we targeted our Backstage Pass fundraising on helping those who needed help to pay for their medical supplies while still focusing our efforts on EB research. These bandages are incredibly expensive, they can range into the hundreds of thousands of dollars a year.” Among the stars who participated were Adam Sandler, Josh Brolin, Courteney Cox, Josh Gad, Kaley Cuoco, Norman Reedus and Kelly Clarkson. ebmrf.org

In a typical year, the Will Rogers Motion Picture Pioneers Foundation’s Pioneers Assistance Fund — which helps movie theater workers who are in financial difficulty — serves about 300 to 600 individuals, including people affected by national disasters such as floods and fires.

But during the COVID-19 pandemic, with cinemas closed, the fund helped with emergency financial support for 10,000 people. The assistance was made possible by a range of donations, including $1 million each from Sony Pictures and the National Association of Theatre Owners.

“We helped people who primarily were furloughed and were on severely reduced pay. They did not qualify for the unemployment program and they somehow had to survive on what they were being paid,” says executive director Todd Vradenburg. wrpioneers.org

This story first appeared in the Nov. 22 issue of The Hollywood Reporter magazine. Click here to subscribe.