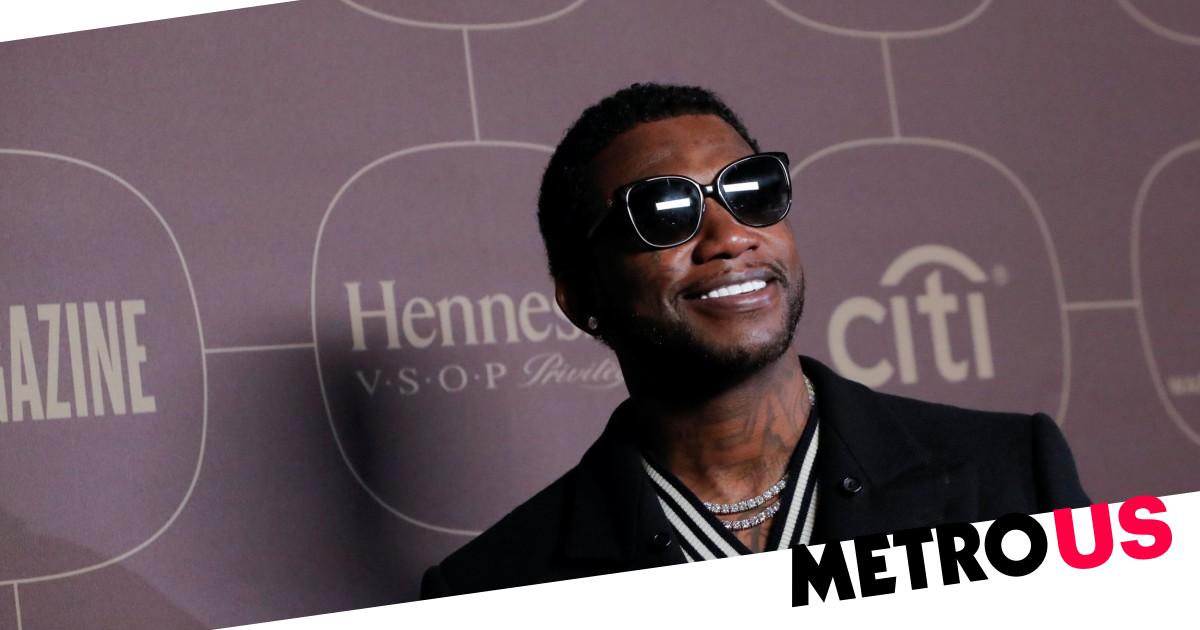 Gucci – whose real name is Radric Delantic Davis – gave her the money as a ‘push present,’ since the couple welcomed their first child together just over a year ago.

The proud mom – who turned 37 this week – had all her followers green with envy as she shared the dreamy gift on her Instagram story, writing: ‘My husband just gave me $1M for my push present!’

Footage showed her unwrapping a box covered in silver wrapping paper with an orange Hermès box underneath.

However, when she opened the box, her expression was one of shock as she wasn’t met with designer goods but rather bundles of cash.

She squealed with joy and disbelief when she saw the money, and got so excited that she dumped the cash on the table, even tossed out part of the box, and accidentally broke a decoration on the floor.

Gucci remained super chilled as he sat beside his giddy wife, holding on to their son.

At one point, their one-year-old started to cry, so his mommy joked, ‘It’s okay,’ as she handed him a stack of cash.

There must be something in the water at the moment, because fellow US rapper Cardi B also gifted her husband Offset a cheque for $2million for his 30th birthday.

Keyshia gave birth to Ice Davis on December 23 2020, in what was surely the nicest early Christmas present.

The musician previously disclosed in his autobiography that he has a son who was born in 2007 whom he had not known about until the child was 10-months-old.

The So Icy rapper also shared a gushing tribute to his wife on Instagram in celebration of her big day.

Posting a photo of her at the party, standing in front of a mega cake, he wrote: ‘Happy Birthday to my wife the most beautiful woman in the world and the best thing ever came into my life I love you Mrs Davis 4ever and appreciate and will never take you for granted. I got the perfect wife and family and I got your back 4life @keyshiakaoir ❤️’

In another post with videos of Keyshia opening her pressie, he wrote: ‘Behind every strong black man is a strong black woman. Thank you for staying down when every one turned they back. I got the smartest prettiest and most loyal wife in the world And I’m a spoil her for life @keyshiakaoir ❤️🎁’

It seems the couple are equally besotted with one another, though, as they make no secret of their lavish gifts for each other.

Keyshia gifted Gucci $2.5 million in diamond jewellery for Christmas in 2020, which was a three-piece set including a pendant reading ‘Ice Daddy.’

The pair married in 2017 in a glamorous Miami ceremony costing $2million.