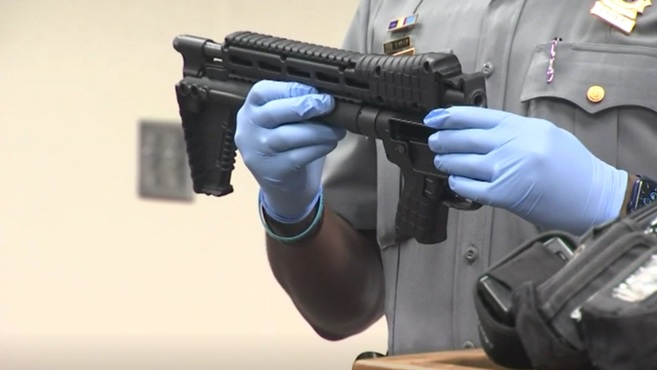 A student at an aeronautical university in Florida was arrested after authorities received tips from other students that he was planning to shoot people on campus on the last day before winter break.

When officers arrested 19-year-old John Hagins on Thursday morning at his apartment in Daytona Beach, Florida, they found a folding gun and hundreds of rounds of ammunition in his backpack.

The Daytona Beach Police Department says Hagins confessed to making the threats but claimed it was only a joke.

Detectives were still determining a motive but learned Hagins was in jeopardy of failing classes at Embry-Riddle Aeronautical University.