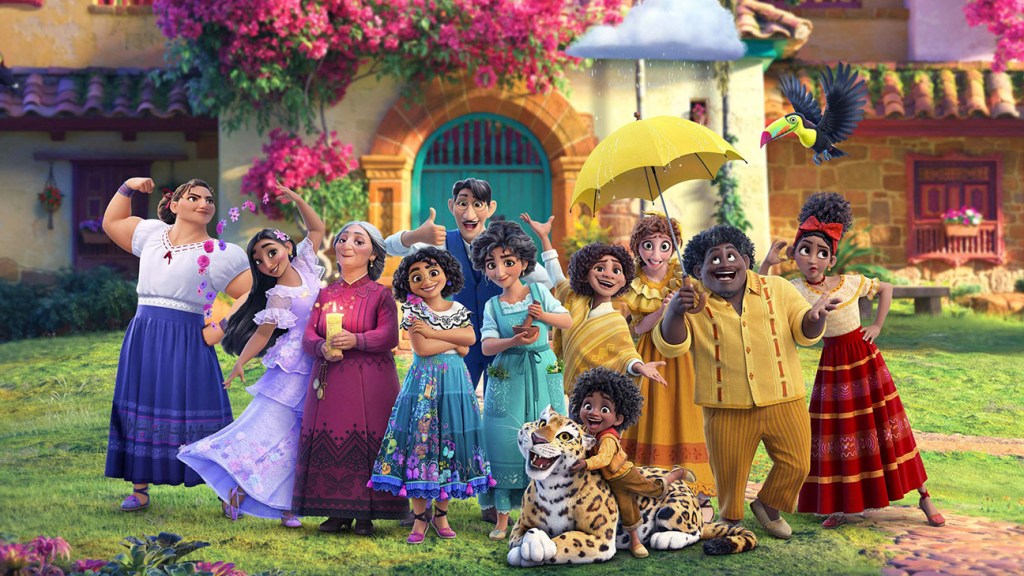 Walt Disney Animation’s original musical adventure Encanto topped the domestic chart with a Wednesday-Sunday opening of $40.3 million, the best start of the pandemic era for an animated title. That includes $27 million for the three-day weekend. Globally, Encanto started off with $70 million.

In modern times, Disney has always released an animated film over Thanksgiving, usually to far big numbers. The last original movie, Coco, posted a five-day holiday gross of $72.9 million in 2018.

While Encanto opened in line with expectations, many in Hollywood had hoped it would do more. There’s concern over the pace of the overall box office recovery, particularly in the wake of the new, omicron COVID-19 variant, which could spook domestic audiences after already prompting some cinema closures in parts of Europe.

Fueled by Latinos and an A CinemaScore in North America, Encanto was the first animated studio title to receive an exclusive theatrical window since the COVID-19 crisis struck in spring 2020 (until recently, kids under the age of 11 couldn’t be vaccinated).

MGM and United Artists’ House of Gucci was another Thanksgiving winner.

Directed by Ridley Scott, Gucci sewed up a five-day debut of $21.8 million and $14.2 million for the weekend, both record numbers for an adult drama in the pandemic era and reflecting star Lady Gaga’s appeal among all age groups. The film placed No. 3 behind Encanto and holdover Ghostbusters: Afterlife.

Lomis was referring to both Gucci and Paul Thomas Anderson’s Licorice Pizza, which MGM and United Artists opened in exclusive 70mm runs in four theaters in New York and Los Angeles. The movie posted a per theater average of $84,000, by far the best average since the pandemic began.

A player in the awards race, House of Gucci stars Lady Gaga as the wife of fashion scion Maurizio Gucci, played by Adam Driver. Al Pacino and Jared Leto also star in this tale of murderous revenge. It received a B+ CinemaScore from audiences (one reason could be its 158-minute running time).

Warner Bros.’ King Richard fell to No. 7 in its second weekend to finish Sunday with a subdued domestic cume of roughly $11 million. The adult drama and Oscar hopeful stars Will Smith as Richard Williams, the father of Venus and Serena Williams. King Richard is also available on HBO Max.