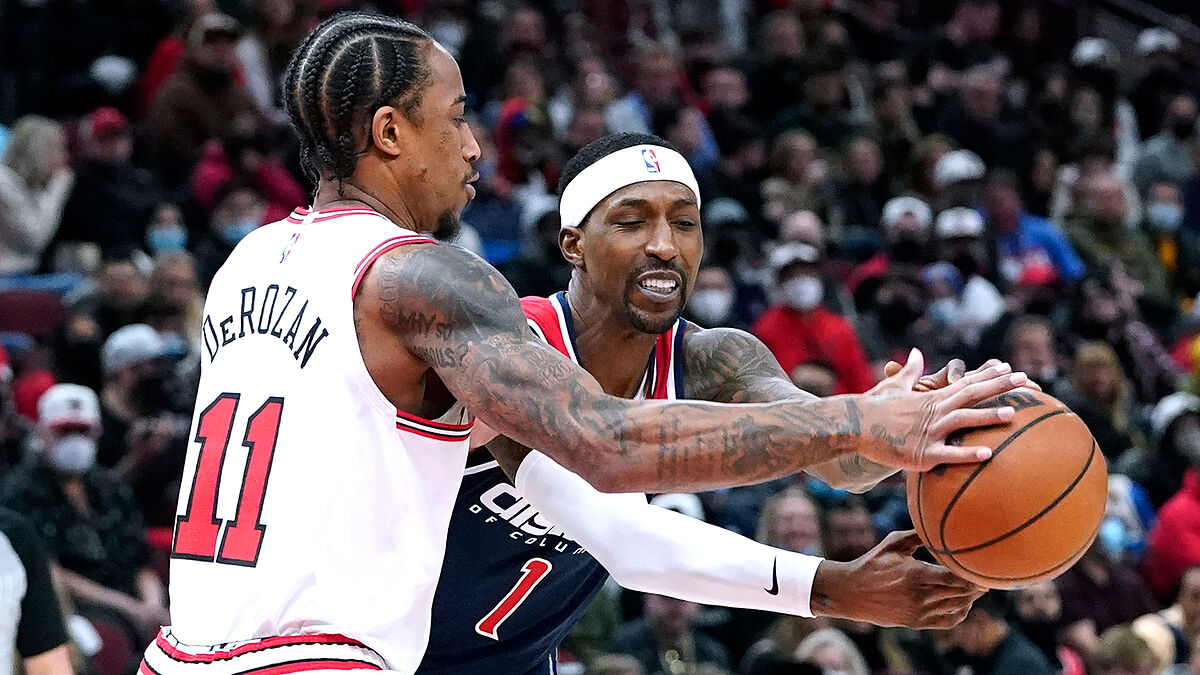 The Chicago Bulls (26-10) defeated the Washington Wizards (19-20) at United Center on Friday to win its ninth consecutive game and pull away with the top seed of the Eastern Conference standings.

After becoming the first player in NBA history to score two buzzer-beaters in back-to-back games, and currently leading the East guards in All-Star voting, DeRozan continues to strengthen his MVP bid with 15 points, four rebounds and eight assists in 33 minutes against Washington. DeRozan didn’t have his best shooting night, but still managed to control the game by dishing out dimes.

Bulls controlled the game from the start, with the biggest lead for the home side growing to as much as 19 points. Coby White and Ayo Dosunmu combined for 39 points off the bench to keep Chicago in front.

Dosunmu, who had a career-high 18 points on 7 of 9 shooting, only missed one of his four attempts from deep. White ended the night with 21 points in 32 minutes, adding two boards, and three assists.

Lonzo Ball scored six of his 11 shot attempts in his second game back from health and safety protocols after struggling on Monday against the Orlando Magic. All 11 shot attempts by Ball were from beyond the arc, tallying 18 points, five rebounds and six assists in 35 minutes.

Zach LaVine was the game’s leading scorer with 27 points in 31 minutes, while Nikola Vucevic recorded a 16-point double-double, grabbing 14 boards to lead the game in rebounds.

Wizards fell to below .500 for the first time this season despite all five of its starters ending the game with double-digits in scoring. Bradley Beal and Kyle Kuzma did most of the scoring, ending with 26 and 21 points, respectively.

Kuzma added 11 rebounds for a double-double, and Spencer Dinwiddie scored 18 points in 31 minutes. Kentavious Caldwell-Pope and Daniel Gafford each had 14 points, with gafford adding eight rebounds.

What’s next for Wizards, Bulls?

Bulls will head to American Airlines Center to take on Luka Doncic and the Dallas Mavericks on Sunday. Following the trip to Texas, head coach Billy Donovan will be glad his side will have a three-game home-stance, hosting the Detroit Pistons, the Brooklyn Nets, and the Golden State Warriors.

Wizards will head to Florida to take on the Orlando Magic before returning to the Capital for an eight-game home stretch. Head coach Wes Unseld Jr. will look to take advantage of eight consecutive home games to get back in rhythm as they were to start the season.