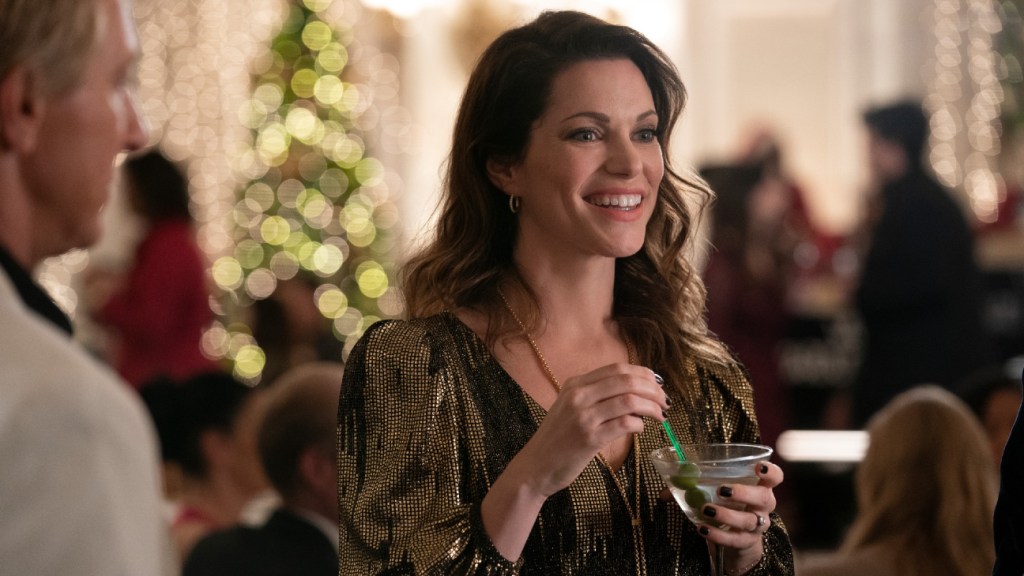 Courtney Henggeler is still having trouble wrapping her head around the massive success of Cobra Kai.

The hit Netflix show based on The Karate Kid franchise dropped its fourth season on New Year’s Eve and within days, it was among the top titles on the platform globally, per Netflix’s own metrics.

A child of the ’80s who like most watched Karate Kid on a rotation, the actress who plays Amanda, wife of Daniel LaRusso, told The Hollywood Reporter she takes great pride both in the series and her character’s significant development throughout the seasons, hitting a high point in the most recent.

Please share your thoughts about Amanda’s journey from thinking Daniel and Jonhhy’s rivalry was absurd to being directly involved as situations became more intense and dangerous for her family.

I think it was a natural evolution. Karate was always a part of her life since she met Daniel (Ralph Macchio) and Mr. Miyagi. It was a part of their life — but it took on another level when Johnny (William Zabka) came back and reopened Cobra Kai. So she is like, “What is this midlife crisis?” It all seemed too ridiculous! (Laughs.) But when it affected her babies and her house was getting demolished, she has no choice but to get involved. She has to get involved.

And I love that in season four they pair Amanda up with Tory (Peyton List) because Amanda’s past is something that resonates deeply with her when she sees Tory. It is so cool that they give her that new way of looking at it because Amanda sees that if you’re troubled or ignored or kids get brushed aside, that starts the evolution.

Speaking of, did you know that Amanda/Tory thread was coming or were you just as surprised as fans because, for some, it is a tough pill to swallow with Amanda suddenly caring for her daughter’s nemesis?

At the beginning of the season, the creators give us the character broad strokes of what to be expecting, and they mentioned that I would be momma-bearing out on Tory — and I loved it! You don’t know much about Amanda when the series begins, other than she is married to Daniel. And I asked to know more about her, which they incorporated with Tory really beautifully. She sees so much of herself in Tory, so it is a great conflict to have because her No. 1 priority is her family, Samantha (Mary Mouser). However, nobody on this show is pure good or pure evil — except maybe Terry Silver (Thomas Ian Griffith).

Amanda is certainly involved in the overall fight of good vs. evil in the valley, but will we ever see her finally throw a punch?

I really hope that someday we see Amanda’s confidence in her own karate abilities. One of these seasons, she has to know some karate, right?! (Laughs.) I have suggested to the writers that she finally does karate, and they’re like, “Hmm. Maybe someday…” Perhaps when they have no storylines left. (Laughs.) But I lay the groundwork every season!

There are no damsels in distress in Cobra Kai. All the female characters are strong or find their strength quickly. How fantastic does that feel?

Cobra Kai fans are hardcore and so passionate. How great has that reception been for you?

The only other show I have ever done with such vigilant fans would be The Big Bang Theory, but I was only a small part of that, so I didn’t understand the scope. Cobra Kai has brought it to a new level. They are delightfully enthusiastic and passionate!

Interview edited for length and clarity.