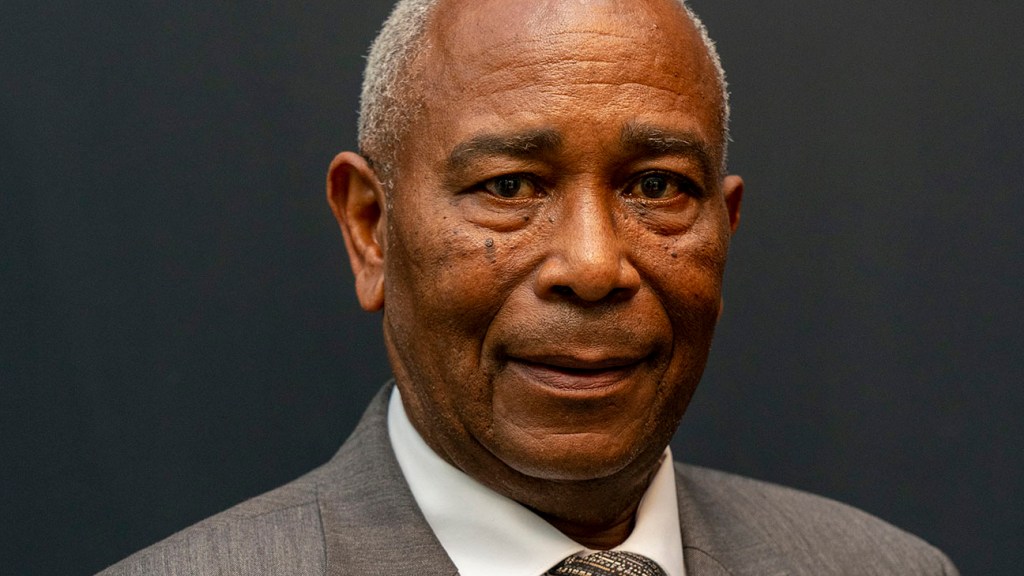 Safety, including adequate rest during productions, is the top priority of camera technician Baird B. Steptoe Sr., who started his term this week as newly elected national president of the International Cinematographers Guild (IATSE Local 600), which represents 9,000 members.

The first Black guild member to be elected to the office, Steptoe started his industry career in the mail room at Walt Disney Studios, while at the same time attending night school in the Los Angeles City College film department. The first production he worked on as a paid professional was Disney’s 1976 TV movie Flight of the Grey Wolf, produced by Roy Disney Jr.. Since then, he earned more than 100 credits on projects including Dawn of the Planet of the Apes, Signs, The Sixth Sense, Young Sheldon and True Blood.

Steptoe comes into office as safety is top of mind, after the death of Halyna Hutchins, the cinematographer and Local 600 member who was killed by a gun fired by star Alec Baldwin on the set of the indie film Rust in October. He also begins his new role after months of contentious negotiations in 2021 for a new Basic Agreement between IATSE (Local 600 is the largest of the 13 Locals that work under the contract) and AMPTP.

As he started his new role this week, Steptoe talked with The Hollywood Reporter about his priorities and agenda.

What motivated you to run for ICG president?

Several things. Once our former president (cinematographer John Lindley) decided not to run, I thought, it’s time for me to step up, for the membership and the passion that I have for all the things that we need — for safety and respect on the set. And that’s across the industry.

A big topic this past year was of course the ratification of the three-year Basic Agreement with AMPTP. (Local 600 narrowly rejected the contract with a 52 percent “no” vote, though it was passed by the 13 affected Locals by a slim margin.) When will you begin talking about the priorities for the the next  negotiation period? What are some of the issues that are top of mind?

We started last year, as soon as this happened. We’ve been having conversations about that the whole time. This contract, I supported it. I know there was disagreement with it, but it wasn’t take backs. We gained several things for quality of life and working and being safe on set. We have to continue. We’re sending out a survey, rather soon. … But still it’s the hours, you work 14, 16 hours. That’s not optimal options for someone’s life. We work in all types of weather. When a storm goes through a city and the power lines are down, or it’s raining, it’s snowing — we’re that crew that’s out there also filming. We don’t stop. it’s a tough. We have to think about everyone. I’m not just thinking about the camera department.

I want listen. I need to know what [the members’] needs are, know what their concerns are, and we’ll discuss it.

Since the last Basic Agreement was divisive, is uniting the Local a priority? And if so, how do you intend to address that?

Yes. As long as we’re not saying “reunite” the local. We’re uniting, we’re moving forward. We had our first in-person national board meeting this weekend and it started right there. We’re going to reach out to everyone with our communications department and get people involved. Individuals don’t think we went far enough. We know with inflation and everything, how it’s soared since the contract [was ratified]. We’ll be prepared with the bargaining unit, not just Local 600, we all have to have solidarity to go back with the AMPTP. You can’t normalize what we do. It’s a unique industry to say the least. And it’s rewarding to make movies and films. We have to be able to unite with all the other Locals. Our outreach has to be to the other unions and with solidarity.

Do you think there are generational issues with some of this?

What are your key priorities as you begin your term this week?

Well, one thing is the on-set shop steward program that was just initiated. We have 12 individuals. This will be the first time here in Los Angeles that Local 600 has on-set shop stewards who will be advocates for the crew. And they will have direct contact with their field reps for safety and respect. And of course, all kind of issues that may come up on the set.

Safety is our main issue. … You can work 10 hours one day, 15 hours the next day, 10 hours the next day. And then by the time you get to Friday or Saturday morning — Fraturdays — it just wears on the body and the mind. [Among the efforts currently in place], we have an initiative within our union, rides and rooms. If individuals feel that they cannot make it home safe, they would go to a hotel or motel and get some rest and then they would send the receipt to us.

Our biggest thing is safety. Brent Hershman (the second unit camera operator who died a car accident while driving home after what is said to have been a 19-hour day on the set of Pleasantville), when he was tragically killed, he was about five cars behind me on the 105 freeway. I was so tired. I never even saw it. And then we have a situation where we have Sarah Jones (the camera assistant who died in 2014 on the set of Midnight Rider when she was struck by a train), and then Halyna. That goes even more to the importance of having a shop steward on a set, because they can report things right away.

Would you address gun safety? And what of two bills in Sacramento, including the one that Local 600 supported, that seems to have stalled?

We’ll continue to strive to have that [passed]. Our Local has a video now that we show all of our members on safe practices, on firearms. It was a tragic incident that happened (on the set of Rust) and we can’t let it happen again. We have to inform our crews and the industry on how to be safer. And that’s what we’re doing. … I’ve done a lot of war movies, with a lot of firearms. And so I’ve been around it and you have to have a competent team of armors who are in charge.

You co-chaired the inclusion committee. Would you talk about diversity and inclusion initiatives?

In our last contract, we have a DEI agreement with the producers, to outreach to the under represented and underserved communities. Our Local has done that for years. We’re involved with Hollywood CPR; it’s been maybe 26 years since we started with them. We have outreach with other programs across the country, here in Los Angeles, Atlanta, Chicago, and New York.

Could you give us an update on plans to replace outgoing exec director Rebecca Rhine?

Her contract is up at the end of September. We’re reaching out to search companies now to start the whole process, which will take time. Rebecca will be here until that person comes in, so it will be an orderly transition. She can reach out to that person and involve them in this incredible union — and in this incredible industry, if they’re not from this industry. I’m glad that she will be here for that.

I am the first member of my family. I started in the mail room at Disney studios, Roy Disney Jr., Ron Miller … Joe Nash, who was the head of the camera service department, basically just [said, “Let’s go,” and taught me everything. And the first project I worked on was Flight of the Grey Wolf, which was a Disney production. And then it became union. I was given an incredible opportunity. That’s where it started.

[My sons] both work with me on occasion on different projects that we’ve done. They’ve kind of gone off into their own areas and are very successful. I’m really proud of them. My wife did a great job. I was always gone on location. That’s one of the other hard things about this industry. I used to be gone six, seven months out of the year. It’s hard on families.

What are you working on now, or what is your next project?

I’m not working on anything right now. I’ve just been day-playing on a couple of shows. I was on an untitled Chip ’n Dale as an additional camera.

This interview has been edited for length and clarity.