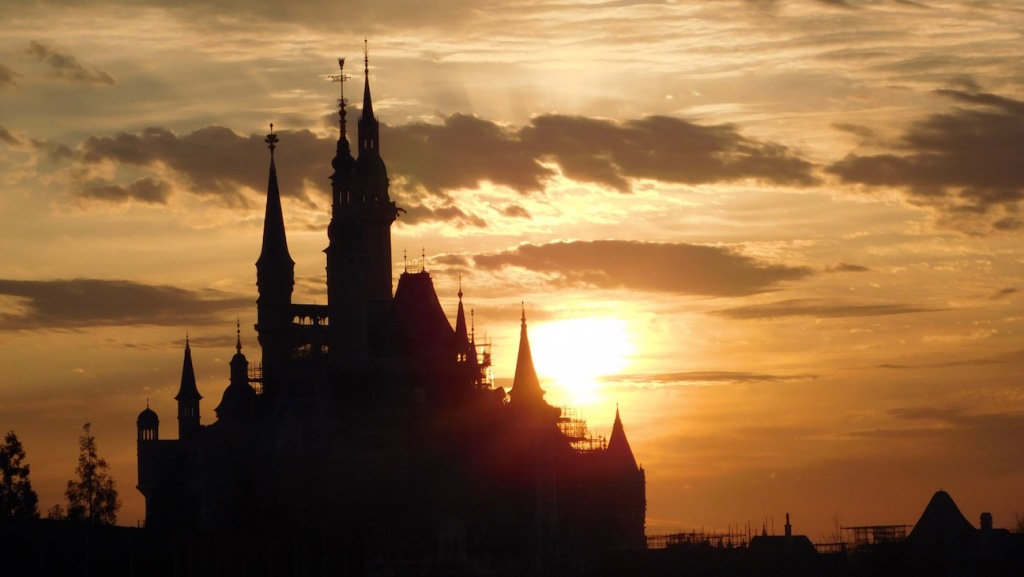 More than 30,000 visitors to Shanghai Disneyland were forced to stay within the park on Sunday and required to take a COVID-19 test to gain their liberty from the Magic Kingdom after a single guest tested positive for COVID-19. The draconian response is a vivid illustration of China’s ongoing “COVID zero” approach to the pandemic, a policy that has sparked growing unrest in some quarters of the country as the more transmissible Delta variant makes total containment more challenging.

Disney’s sprawling Shanghai park, the company’s second-largest in the world, became the site of endless lines for nasal swabs rather than rollercoasters late into the night on Sunday, according to reports on the ground.

“I never thought that the longest queue in Disneyland would be for a nucleic acid test,” said one visitor on social media according to the Wall Street Journal. Disney told the Journal the last guest wasn’t able to leave the park until 10:30pm. All Disneyland staff were required to submit to testing as well. According to government statements, none of the people tested on Sunday came up positive for COVID-19.

Shanghai Disneyland’s total shutdown came after a single guest who visited the park on Saturday learned that she previously had been in close contact with someone who had the virus. The woman was on a train in eastern China when she became aware of the contact and promptly disembarked in the city of Hangzhou to get tested. She then received a positive COVID-19 result on Sunday, according to government statements.

Shanghai Disneyland and its surrounding shopping and hospitality facilities will remain closed until Wednesday, according to Disney.

China reported just 48 COVID-19 cases across several provinces on Saturday. The numbers are infinitesimal compared to the COVID-19 caseloads of any major economy of the West, but they still prompted sizable business closures in over a dozen Chinese provinces, including the shutdown of some 1,400 cinemas, which weighed on the opening weekend earnings of No Time to Die, the latest James Bond movie.

China has vaccinated over 80 percent of its population and the strict “Covid zero” approach has helped the country keep fatalities to under 5,000 since the start of the pandemic — compared to nearly 750,000 in the U.S. The strategy has left China increasingly isolated, however, as nearly all travel in and out of the country is suspended and face-to-face diplomacy on the part of Beijing’s top leaders remains on hold. China is the only country in the world still attempting total eradication of the virus, and there are growing questions over how the nation will transition from the strategy as COVID-19 becomes endemic nearly everywhere else in the world.

Images emerging from Shanghai Disneyland on Sunday showed a scene both surreal and orderly, as health workers dressed in full hazmat suits tested lines of guests dressed in Halloween costumes. Disney staff reported attempted to maintain a jovial atmosphere during the ordeal, with the nightly fireworks show taking place as scheduled. Disney told the Journal that staff distributed power chargers so guests could charge their phones and stay connected with the outside world. And families with small kids were given priority so that they could depart the park first.

Shanghai Disneyland was the first Disney theme park to shut its doors as the pandemic swept China near the start of 2020. The park reopened in May 2020 and Disney has carefully and steadily boosted capacity over the months since.

Local authorities have asked all guests who visited Shanghai Disneyland last weekend to isolate for two days and to submit to tests several more times over the next two weeks. Shanghai Disneyland said it would provide refunds and notify customers as soon as the park is fully operational again.