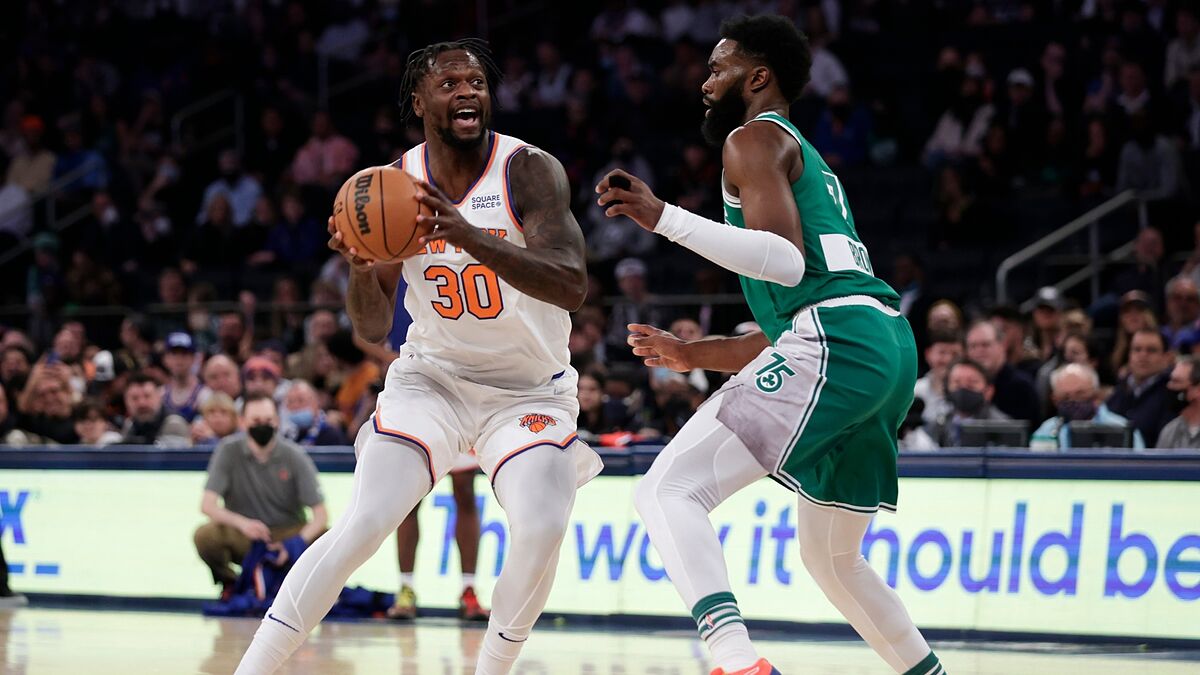 In the Battle of the Gardens, the Boston Celtics got revenge for what they suffered at Madison Square Garden last Thursday against the New York Knicks. This time around, TD Garden was their fortress as they cruised through three of the four quarters with relative ease. It actually was an overly defensive game between the two teams as they attempted to make less mistakes than create opportunities. None of them reached the 100-point mark this evening, an oddity for today’s basketball era. Players like RJ Barrett and Julius Randle weren’t able to maintain their level of performance from previous games this time around, they actually seemed tired.

In that lapsus the Knicks are having from an actual good week of results, the Boston Celtics managed to get the result they wanted. Also, one of their stars had a tremendous night with his first-ever triple-double. Jaylen Brown had a splendid evening at TD Garden with 22 points, 11 assists and 11 rebounds. He was the one who guided the Celtics to a modest 99-75 victory that allowed them to equall the Knicks’ record this season. It was a perfect night for TD Garden as they pushed their team to get that revenge they needed after their most recent setback.

What’s next for Celtics and Knicks?

The Boston Celtics recovered a little with tonight’s victory as they got to a 19-21 record and will face the Indiana Pacers at TD Garden on Monday. New York Knicks ended their 2-game streak after tonight’s defeat and get down to a 19-21 record. They are set to face the San Antonio Spurs at Madison Square Garden on Monday as well. Jaylen Brown is definitely never going to forget tonight’s victory as he truly did get a precious moment for his professional career with that first-ever triple-double.