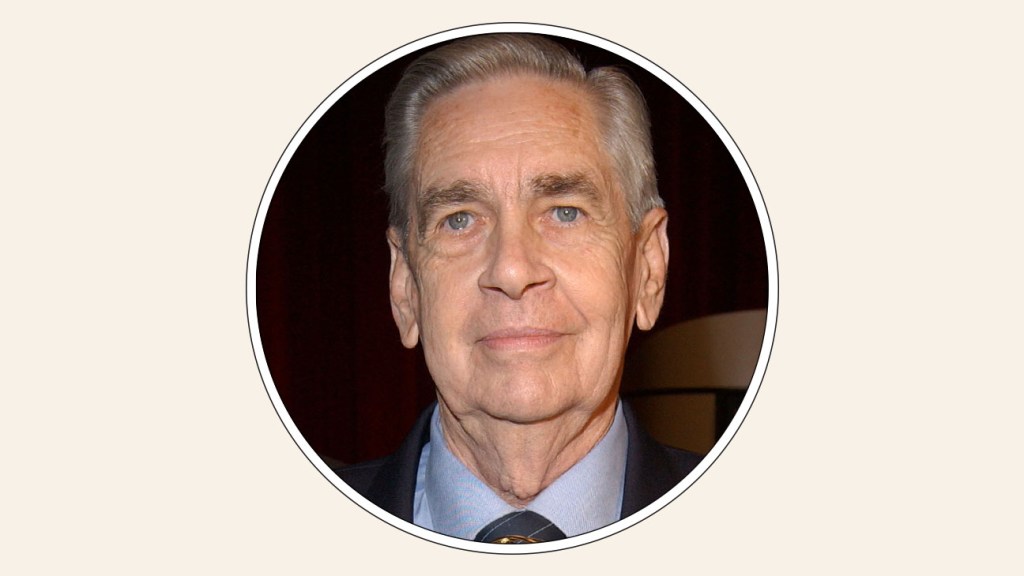 Charles Cappleman, the operations and engineering guru who was instrumental in modernizing CBS Television City and bringing year-round daytime programming to the production complex during his half-century with the network, has died. He was 95.

Cappleman, who started out at CBS in 1954 and brought the first videotape recorders to the company, worked on shows including Playhouse 90, All in the Family, The Young and the Restless, The Bold and the Beautiful, The Price Is Right, The Steve Harvey Show and The Carol Burnett Show during his esteemed career.

In 2002, he received the Television Academy’s Charles F. Jenkins Lifetime Achievement Award for his many innovations, then was inducted into the TV Academy Hall of Fame two years later.

CBS Television City opened at the corner of Fairfax and Beverly in 1952, but well into the 1960s, the facility was still a seasonal operation that shuttered for about 13 weeks every summer.

“When I came to CBS, all the daytime was done out of New York,” he recalled in a 2004 interview. “I looked at this and decided we would really have a much more stable income both for the company and for the employees if we did more game shows. So that’s when I started pitching for [them].

“When that started, it provided the stability of year-round employment. Based on that, we were able to attract people like better carpenters for the show because they knew they were going to have year-round jobs.”

CBS soap operas like The Young & the Restless and The Bold & the Beautiful came to be taped on the West Coast as well.

Born on July 30, 1926, in Tarpon Springs, Florida, Cappleman studied electrical engineering at Virginia Polytechnic Institute, then received his degree in drama and speech from the College of William & Mary in 1951. In between, he worked at radio stations as a disc jockey, announcer, producer, director and writer.

After serving in the U.S. Air Force from 1952-54 — he helped build the Air Force’s first television unit, in Burbank — Cappleman landed a job as a stage manager at CBS in New York and worked on The Red Skelton Show, Playhouse 90 and The Ed Sullivan Show.

“I would like to think that we all learned from Red Skelton,” he said. “He used to talk philosophically with the crew, though he would never call it that. This poor man had a lot of troubles in his life. He lost his son and I think he lost a wife. He said, ‘If you worry about everything that could possibly happen to you, you’ll go nuts. Don’t worry about the little stuff.’”

In 1959, Cappleman was promoted to assistant director of design and production operations and updated the technical facilities used for The Judy Garland Show, taped at Television City in 1963-64.

He served as director of special projects (sales) from 1966-69 before being appointed director of program production services to oversee the production of All in the Family, The Carol Burnett Show and other programs.

After managing Television City’s day-to-day operations and numerous studios, he retired from CBS as senior executive vp of West Coast operations and engineering in July 2004.

Asked about being inducted into the TV Hall of Fame, Cappleman said, “I don’t really understand it. It’s not what I’ve done; it’s what the people have done around me.

“I simply let them do their jobs. I found out a long time ago that if you hire the right people, tell them what you expect of them, and leave them alone, they’ll do a much better job than if you try to micro-manage them.”