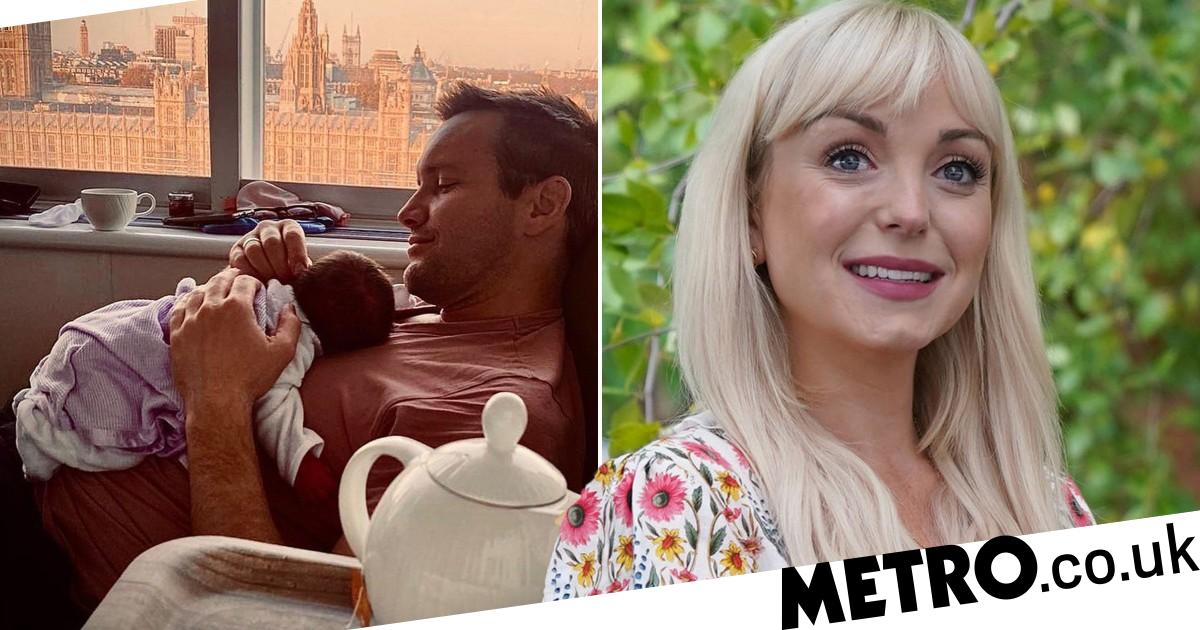 Call the Midwife star Helen George has given birth to her second child, announcing the news in a post celebrating her partner’s birthday.

She met her partner, Jack Ashton, on the drama, as he played Reverend Tom Hereward from series three.

In a new Instagram post, Helen revealed the arrival of their second baby, sharing a picture of Jack holding the newborn with the Houses of Parliament visible through the window in the background.

‘Happiest of birthdays my love,’ she wrote in celebration of Jack’s birthday.

‘Many congratulations to you all, how lovely,’ someone else said.

The couple share another daughter together named Wren Ivy, who was born in September 2017.

For Halloween, the then-family of three paid homage to the Addams Family, with Helen dressing up as Morticia, Jack as Gomez and Wren as an adorable Wednesday Addams.

In August this year, the actress shared a sweet photo with her eldest daughter on the beach, with Wren standing on her tiptoes to kiss her mum’s baby bump.

When the Yuletide season arrives, Call the Midwife fans can expect a Christmas special to come their way.

During a recent appearance on This Morning, Stephen McGann, who plays Dr Patrick Turner, teased ‘big’ things for the festive episode, including a significant plotline for his on-screen son, Timothy Turner (Max Macmillan).

Earlier this year, it was reported that Netflix was keen to snap up Call the Midwife from the BBC.

However, a spokesperson for the series denied any move of the sort, assuring fans that it would remain with the British broadcaster.

‘This is categorically untrue and Call the Midwife will remain a BBC commissioned series,’ they told Metro.co.uk in response to the report.

‘It enjoys great success on PBS, Netflix and other networks around the world but it continues to be much loved by huge audiences on BBC One and that is where it will stay.’


MORE : The biggest 2021 Christmas TV specials to get excited about: From Call the Midwife to Strictly Come Dancing and Mrs Brown’s Boys