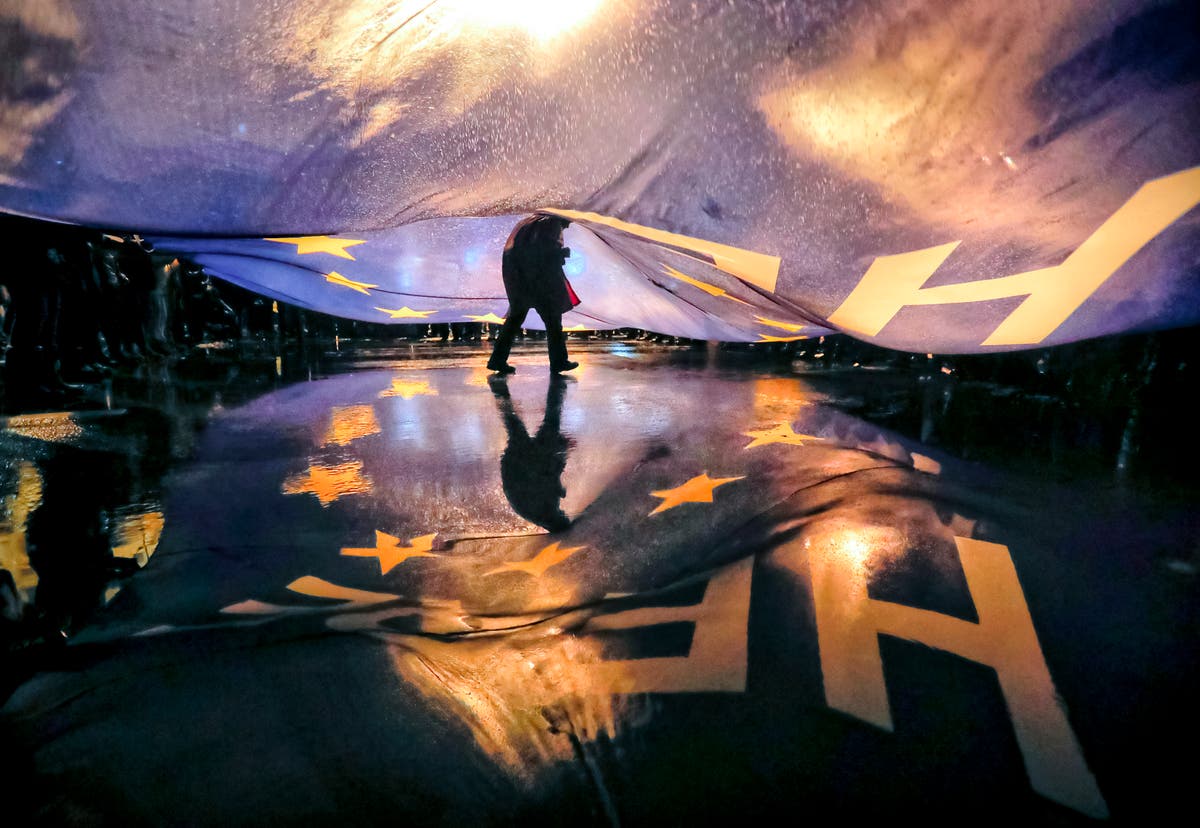 Fifteen years after Romania and Bulgaria joined the European Union, many residents say the former communist nations certainly are better for it.

But the two countries still have a way to go to deliver on ending endemic corruption and generating the kind of economic growth that would keep their citizens from leaving to seek financial opportunities elsewhere.

“EU funds for us is like gas money for Russia or oil money for Saudi Arabia ” Cristian Ghinea, who served as Romania’s minister for European funds until a few months ago, said. He listed new roads, running water in rural areas and villages getting their first waste management systems as among the concrete benefits of membership.

But money from the EU hasn’t stretched far enough to bring the quality of life in Bulgaria and Romania up to average in many areas.

Alarming levels of child poverty still exist. Before the coronavirus pandemic, the average life expectancy was 74.91 in Bulgaria and 75.46 in Romania as opposed to an EU-wide average of 81.3. The pandemic has further exposed deep cracks in the countries’ aging and underfunded health care systems.

Such conditions persuaded millions of Romanians and Bulgarians to take advantage of the bloc’s cornerstone “freedom of movement” policy and leave southeast Europe to live and work in the West.

Ghinea conceded the “huge benefits” of EU membership came with the significant drawback of a brain drain that has created “huge diasporas” in Italy, Spain, the U.K. and elsewhere in the West.

“We are talking about almost 4 million people,” Ghinea said. “It can drive away many young, talented people who would have been of more use internally.”

More than 1 million Romanians applied to remain in the U.K. last year under a post-Brexit residency program. The number of Romanian nationals employed in Germany rose from about 88,000 in January 2014 to almost 463,000 in September 2021, according to Germany’s Federal Employment Agency.

Diana Ruseva, 39, who moved to London from Bulgaria in 2007 to work and study and is among the EU citizens who decided to stay in Britain, said she thinks belonging to the EU has produced mixed results for her native country.

At the same time, underdeveloped infrastructure, perilous roads, and burdensome levels of bureaucracy remain back home and can bring about a “low-level stress that you have to deal with on a daily basis,” Ruseva said.

Bulgaria and Romania both applied for EU membership in the mid-1990s and followed long paths to becoming part of the bloc on Jan. 1, 2007. One of the main conditions was that both countries tackle rife corruption, and in Bulgaria’s case, organized crime.

Despite Brussels launching a bespoke monitoring process and various domestic crackdowns on graft over the years, the two countries are perceived to have made slow progress in tackling corruption.

Both Romania and Bulgaria scored 44 out of 100 on Transparency International’s 2020 Corruptions Perceptions Index, with 100 being the least corrupt. While Bulgaria has moved up three points in TI’s global country ranking since 2012, Romania’s score hasn’t changed.

A multitude of shortcomings remain, but there have been measurable improvements.

Since 2007, wages in both countries have increased steadily. The gross minimum wage in Romania rose from 390 lei (79 euros) in 2007 to 2300 lei (465 euros) in 2021, according to market data company Statista. Wages in Bulgaria followed a similar trajectory.

Romanian President Klaus Iohannis said in a statement to mark the 15th anniversary of his country’s EU membership that “the European road remains legitimately the only option for Romania’s prosperity, stability, and long-term development.”

His sentiment is widely shared among Romanian and Bulgarian citizens. A 2021 opinion survey by the EU’s Eurobarometer program showed they trusted the European Union twice as much as they trusted their own governments.

Mass antigovernment protests have rocked the governments in Bucharest and Sofia in recent years, fueled by concerns about democratic backsliding that has at times also drawn criticism from Brussels.

Experts say the deep distrust of government authorities — not an uncommon phenomenon in post-communist countries – may help explain why Romania and Bulgaria are the EU’s two least-vaccinated nations, with just 48% and 33% of their adult populations respectively fully inoculated against COVID-19.

Political instability in both countries, which in recent months reported some of the world’s highest COVID-19 mortality rates, may not have helped. Yet people who chose to remain in Bulgaria and Romania since they became EU members don’t hold Brussels responsible for the countries still being in the position of trying to catch up.

For Rudolf Joachim Poledna, who lives in the village of Saschiz, almost 300 kilometers north of Romania’s capital, Bucharest, a 100,000-euro ($112,000) EU rural development grant allowed him to build a four-bedroom guesthouse, meaning he and his young family “don’t have to leave the region.”

“There isn’t any better funding possibility than EU funds for young people like us,” Poledna said. “I still remember Romania from before entering the EU — it was poverty by today’s standards.”

Frank Jordans in Berlin, Germany; and Veselin Toshkov in Sofia, Bulgaria, contributed to this report.