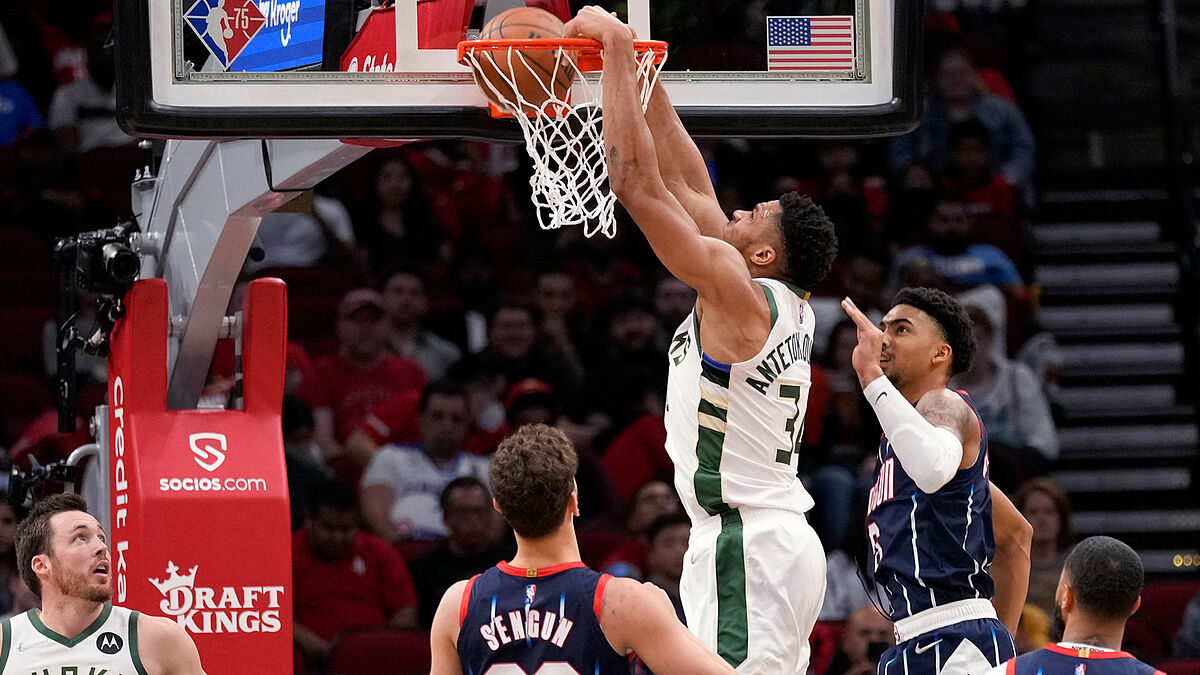 The Milwaukee Bucks ended the Houston Rockets’ 7-game winning streak with a 123-114 victory at Toyota Center.

Besides Giannis having a monster night, Khris Middleton and Bobby Portis each scored 21 points, followed by Pat Connaughton with 16 and Jrue Holiday with 12.

For Houston, Garrison Matthews scored their team-high 23 points, while Christian Wood and Armoni Brooks helped out with 21 each.

Alperen Sengun was a spark off the bench with 15 points in 16 minutes, but it was not enough to beat the reigning NBA champions.

Free throws were the difference

Bucks and Rockets were even across the board in field goal percentage, rebounds on both ends, and turnovers. In fact, Rockets had more assists as a team, but free throws killed them in the end.

While Milwaukee got to the charity stripe 32 times, making 24 of their shots, Rockets only made 11 of 20 free throws. This speaks to Giannis and company driving to the rim, but they only had eight more points in the paint, so fouls were the issue for Houston.

What’s next for Bucks and Rockets?

Rockets (8-17) will now face the Memphis Grizzlies, who continue to be red hot despite Ja Morant being out with injury. Bucks (17-10) will head to Madison Square Garden to take on the New York Knicks.