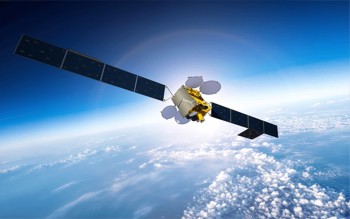 KUALA LUMPUR, June 22 (Bernama) — The new MEASAT-3d satellite is expected to benefit not only Malaysia but also countries within the satellite’s footprint, including Indonesia and India.

“The MEASAT-3d satellite’s footprint will cover 42 per cent of the globe (earth) and as all countries have different transponders in the same satellite, the satellite’s particular transponder could beam onto the respective country and we could also receive the signals.

“Within the footprint, we’ll have better quality connectivity in terms of broadband services, and not only just for broadcasting and telecommunications,” he said.

Tharek said this to Bernama when asked on the MEASAT-3d satellite, scheduled to be launched on the Ariane 5 rocket from the European Spaceport in French Guiana, South America at 6.03 pm on June 22 (5.03 am on June 23 in Malaysia).

Dubbed as the most comprehensive and complex satellite in MEASAT’s fleet, the newest and most advanced satellite costs RM1.2 billion.

Elaborating further, Tharek added the new satellite will accelerate the Malaysian government’s aim to close the digital connectivity gap and achieve a better-connected future for all Malaysians.

“The new satellite is another milestone as it complements MEASAT-3a and MEASAT-3b, in terms of its satellite broadband services capacity.

“We need this new satellite more than ever now, “ said Tharek, who has vast knowledge related to mobile and satellite communication.

On the same development, Tharek pointed out that the Malaysian government’s target of achieving 100 per cent internet access and digitalising the nation could be expedited with the launch of the MEASAT-3d satellite.

He said the target, which was indicated under the initiatives of MyDIGITAL Blueprint, as well as in the Jalinan Digital Negara (JENDELA), is achievable with the enhanced capability of the new satellite.

“As laid out in JENDELA Phase 1, the target to achieve 100 per cent 4G population coverage by end of 2022 could be reached with the launch of this new satellite.

“To enable high-speed internet in underserved rural areas with speeds of up to 100Mpbs, this can be achieved even faster with the new satellite,” he added.

High-speed internet will be improved from the current download speed of 30 megabits per second (Mbps) to 100 Mbps, allowing users to stream heavy-data content such as 4K or 8K videos, he added.