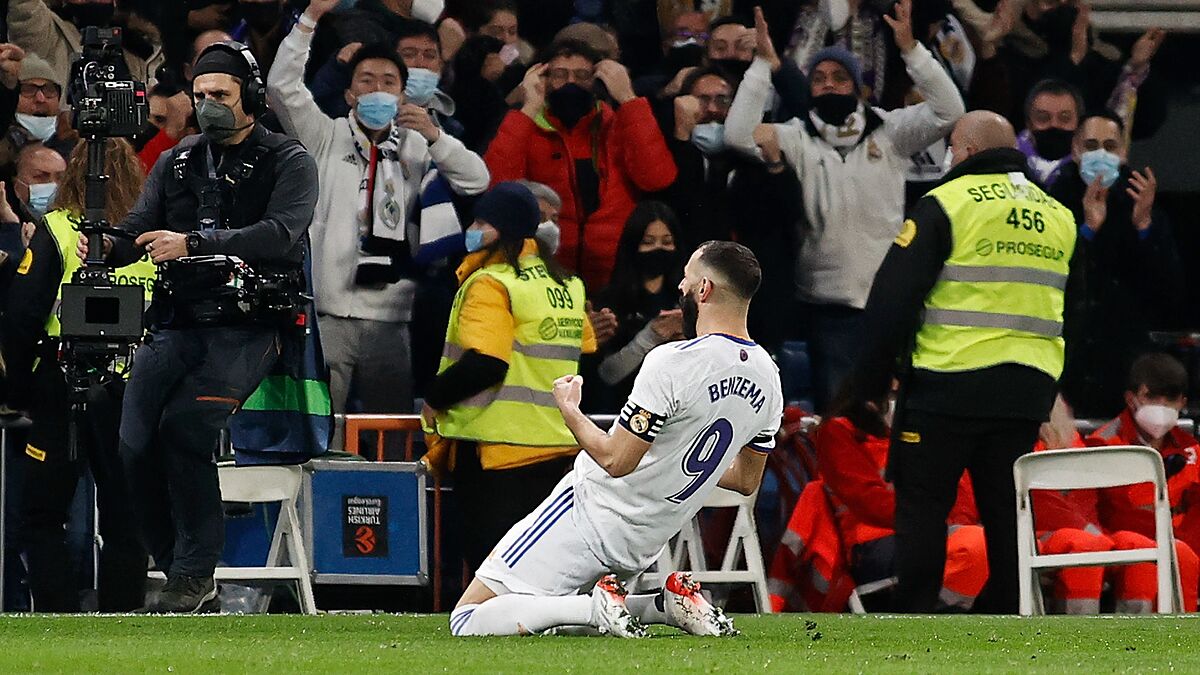 Valencia’s visit to the Estadio Santiago Bernabeu could be a very special occasion for Real Madrid striker Karim Benzema.

The 34-year-old currently has 299 goals for Los Blancos and he is keen to reach the 300 goal milestone as soon as possible.

He has a good chance to do so against Saturday’s opponents having scored 18 times in 25 games against Valencia.

Sitting pretty as LaLiga Santander‘s top scorer, Benzema has every chance to score goal number 300 and cement his place among Real Madrid legends.

An impressive feat given the criticism he has received throughout his time in the Spanish capital.

Especially when Cristiano Ronaldo and Gareth Bale were to either side of him, Benzema came under criticism for not being at the same level as two of the world’s best players at the time.

However, you could argue that without a player of Benzema’s quality between the two, neither would have performed to such outrageous standards.

While this did take something away from his pure numbers in terms of goals, the link-up play he was involved did create a lot of chances for his teammates and his unselfishness at that time is being rewarded now.

Benzema is now the senior figure in the Los Blancos attack and he is spearheading the team admirably as they sit top of the league and qualified as group winners in the Champions League.

He has guided wonderkids Vinicius Jr. and Rodrygo to outstanding breakthrough seasons while maintaining his own high levels of performance.

Scoring his 300th goal would be a cause for celebration for the club as one of their unsung heroes gets his well deserved recognition.