The Australian share market has shed as much as $50 billion in an erratic day’s trade that may pave the way for momentous economic decisions to come.

It’s the first time the local market has closed below 7000 points in almost a year.

A key shift for many was surprise inflation data that showed the cost of living was rising far faster than expected – prompting many economists to bring forward their estimates for when the Reserve Bank of Australia will increase interest rates.

Many now believe the first rate rise will be at the board’s August meeting, where interest rates could be hiked from their current record-low of 0.10 per cent to 0.25 per cent.

The RBA has long maintained a sustained increase in underlying inflation would force their hand to increase interest rates.

Much of the day’s losses were felt by the minerals sector, with notable downwards tracking for Chalice Mining (down 9.77 per cent), Paladin Energy (down 7.38 per cent) and Pilbara Minerals (down 6.34 per cent).

Of the few shares that increased in value were the a2 Milk Company (up 7.07 per cent), the Star Entertainment Group (up 0.30 per cent) and the Commonwealth Bank (up 0.14 per cent).

“The white elephant in the room has been inflation and today’s numbers confirm what we have all been feeling, that things are getting very expensive in 2022,” Ms Zahos said.

“Supply chain issues and labour shortages continue to put pressure on prices hitting consumers where it hurts the most with housing up 4.2 per cent and petrol prices up a staggering 6.6 per cent over the quarter.

“The impact of today’s numbers have a wide-reaching effect.

“The core inflation rate is now well within the Reserve Bank’s inflation target so it may now have little choice but to move the Cash Rate.

“If there is strong wage growth in the December quarter with the figures due out next month, a cash rate rise will be on the cards in 2022.” 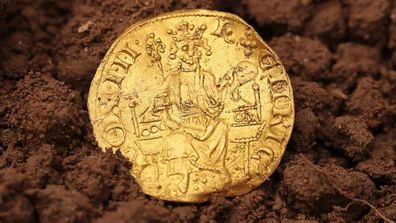