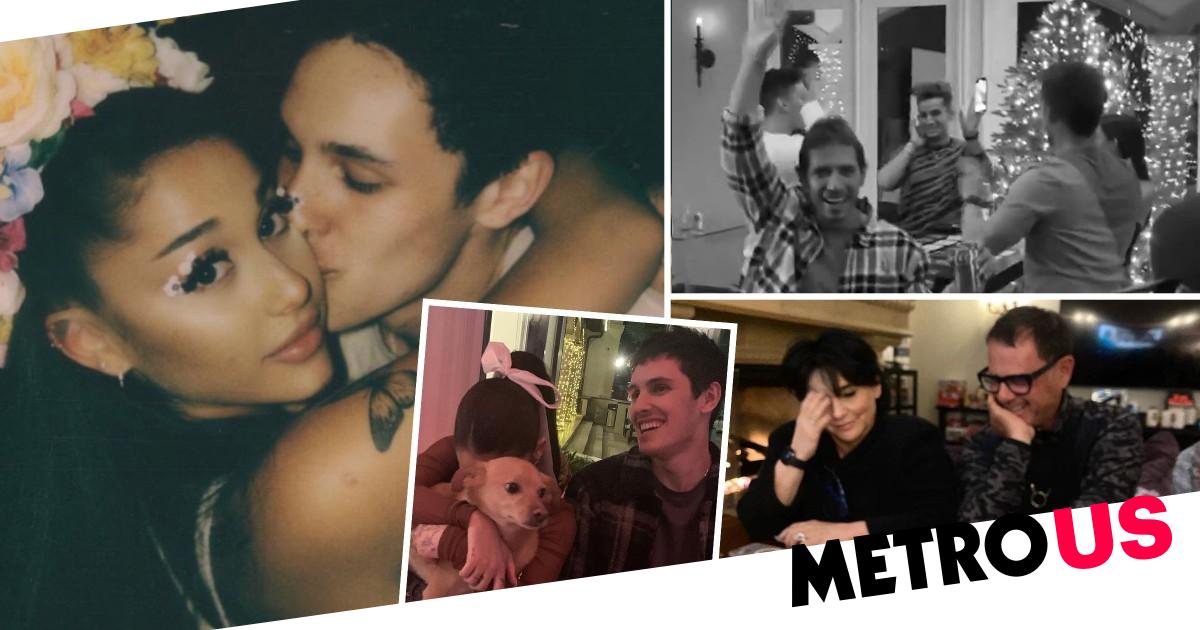 Ariana Grande has uploaded a look at what Thanksgiving was like at her house this holiday season, with dogs, singalongs and lots of family and friends present.

The 28-year-old singer, who is currently appearing on The Voice as a coach, shared a collection of snaps and video clips on her Instagram grid, writing: ‘nothing was ever as loud … sending you all so much love i hope you feel it from here [sic].’

Alongside a quick selfie of the star as she took a break from the festivities, the photo drop revealed Ariana was spending time with her nearest and dearest, including husband Dalton Gomez, who she married in an intimate ceremony in May, brother Frankie Grande, and parents Joan Grande and Ed Butera.

The Positions chart-topper shared a sweet peak at her parents playing Codenames, while she also posted a picture of her with her beaming husband and dog Toulouse, whose fur she buried her face into (we relate).

Ariana had also extended an invitation over the festive period to crew and cast on the current season of The Voice, including father-son duo Jim and Sasha Allen.

One of her final two acts for 2021, Jim and Sasha were seen leading others in a spirited version of the Beatles’ hit record Help!

She also showed a relatable clip of an alarm going off while Frankie and guests danced around, reminiscent of many a household where there will have been careful preparation and cooking of the turkey and its Thanksgiving accompaniments.

The singer revealed she was a fan of Mandalorian breakout star Grogu, aka Baby Yoda, too as she posted a screenshot of a gif off the little Jedi in a flurry of heart-shaped snowflakes.

Ariana has recently achieved a childhood dream with her casting as Glinda the Good Witch in the big screen adaptation of the musical Wicked, alongside Cynthia Erivo as Elphaba.

She can also be seen on Netflix soon in upcoming irreverent movie Don’t Look Up, directed by Oscar-winner Adam McKay (The Big Short).

MORE : The Late Late Toy Show: Ed Sheeran heckled by child backing singer on live TV and is incredibly good sport about it