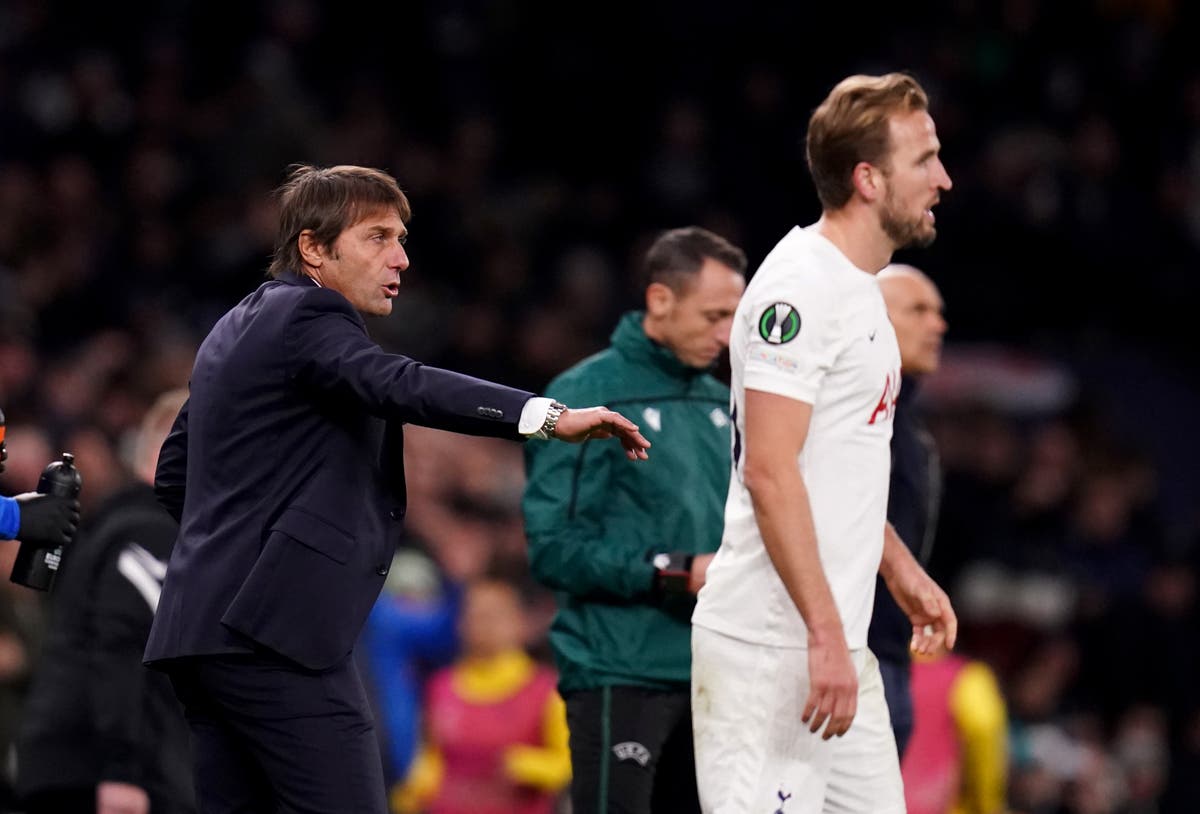 Antonio Conte is happy to finally be able to work with Harry Kane and says Tottenham can do “important things” with the forward on board.

The Italian has long admired the 28-year-old and, back when he was in charge of Chelsea in 2017, admitted that if he could sign one striker it would be the Spurs star.

Kane has largely flourished since then but has struggled for form in the Premier League this season, scoring only once in 10 appearances having been linked with a move to Manchester City during the summer.

Speaking ahead of Sunday’s home match with Leeds, Conte said: “I think every single manager wants to sign Harry Kane because we are talking about a top, top player, and now I am enjoying I am in the right place to enjoy Harry and the strikers of Tottenham.

“I have the possibility to work with him, to exploit his characteristics, quality and potential.

“I like to work with the strikers and usually in every season my strikers score many goals. It is important to score goals, but it is very important in my idea of football that my number nine is a point of reference in what we prepare during the week.

“Harry is a world-class striker and I am very happy to be his coach. For sure, with Harry we can do important things, but not only him because Harry is one player.

“All the players have to work well and if the players work well it means we are going for improvement and to try to fight for something important in the future.

“Harry is an important player, but don’t forget we win with the team and whole squad and we lose with the whole squad and team. He has to take big responsibility, but in the same way also the others.”

One of Conte’s key early tasks at Spurs will be to get Kane back in form after he fired another blank during a stalemate with Everton, but he did at least enjoy a productive time away with England.

The Three Lions captain netted a hat-trick against Albania and proceeded to hit four goals against San Marino on Monday.

Conte was pleased to see Kane on target, adding: “To score is never easy, never, so I am happy for him and the national team because now England is ready to play the World Cup in Qatar. It is a good achievement.

“You saw Italy, we’re forced to have the play-off. I am happy for Harry because he scored with England. We are talking about a world-class striker and he is an important player for us, so to score is a boost for him. And I’m very happy because I have the opportunity to know him much more.

“I understood that he’s a top player in many aspects. He wants to train very, very hard and improve. That is fantastic for me because my first task is to improve the players, bring the players to another level, another step. In this team, I think many players can do this.”

Spurs will be without Cristian Romero (hamstring) and Oliver Skipp (suspended) for the visit of Leeds. Giovani Lo Celso (knee) will need to be assessed, but Pierre-Emile Hojbjerg should be fit to start.