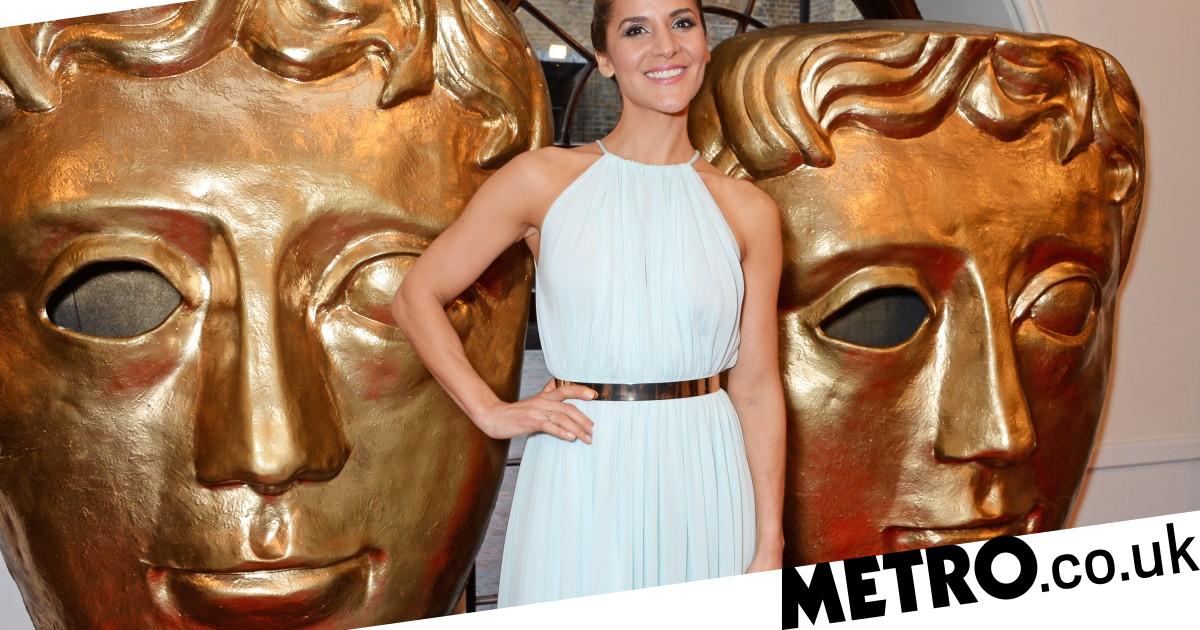 Amanda Byram has announced she has become a mother after a difficult fertility journey.

The TV presenter confirmed that she and husband Julian Okines have welcomed a son named Phoenix Blaze, sharing a sweet black and white picture of the baby gripping her finger.

‘Im so overjoyed, full of love and bursting with happiness to be able to share with you that @julianokines and I have welcomed our incredible son, Phoenix Blaze Byram Okines into the big wide, wonderful world. What a privilege that he entrusted us to nurture and guide his little soul through the endless possibilities of life and we are eternally grateful to him for choosing us to be his parents.

‘Our fertility journey has been long and we know only too well the heartbreak of the hope that turned to hopelessness, the elation that turned to devastation and the strain putting this often-secretive journey before your job, your friends, and your life.’

Addressing others who have struggled, she said: ‘I know many brave parents-in-waiting who, like us, have struggled for a long time, so today we share this magical news in the hope it can inspire and offer a light at the end of the tunnel. You are powerful warriors, I know your pain, and I see you. We send you all the strength you need to tackle your journeys…

‘Now that he is finally here, we realise we have never been more ready or felt more mentally, physically, and emotionally equipped to be his mummy and daddy.

‘My heart bursts with love for you @julianokines … you have been my solid rock over these years, encouraging me to hang in and keep going. After every tear, every tumble, every heartache, your positivity made everything seem possible again. It’s thanks to you, your energy, and your enthusiasm, that we are all here together today. We are so lucky to have you, and Phoenix is lucky to call you his Daddy, I know you are already his hero. We love you infinitely ❤️.’

Amanda also thanked her midwife Dawn and those at Juniper Midwifery in Brighton, as well as the staff of the NHS.

Fearne Cotton was among those congratulating the star, commenting: ‘Love you three more than words can describe.’

Lisa Faulkner added: ‘Oh my god what amazing news!! Huge congratulations’, while model Rosanna Davison, who also struggled with fertility, wrote: ‘This is incredible news ❤️ Huge congratulations to you both and welcome to the world Phoenix ❤️❤️❤️ Sending you lots of love.’

Amanda had not spoken publicly about her fertility struggles, but in 2015, she admitted she was worried about leaving it too late to become pregnant.

She said: ‘Look, I’m 42. And I never really wanted to go down that road until I was really, really sure I had met the right person…

‘I think there are choices you make as a woman, you can choose to do it by yourself, to do it with somebody even if you are not convinced they are the right person. Or you can wait for the right person and then maybe find it is too late…

‘We have been together a year-and-a-half. I’m fit, I’m healthy, there are no problems in that sense. So who knows? It’s in the hands of the gods.’

The Irish star began dating producer Julian in 2014, and they got married in April 2016.