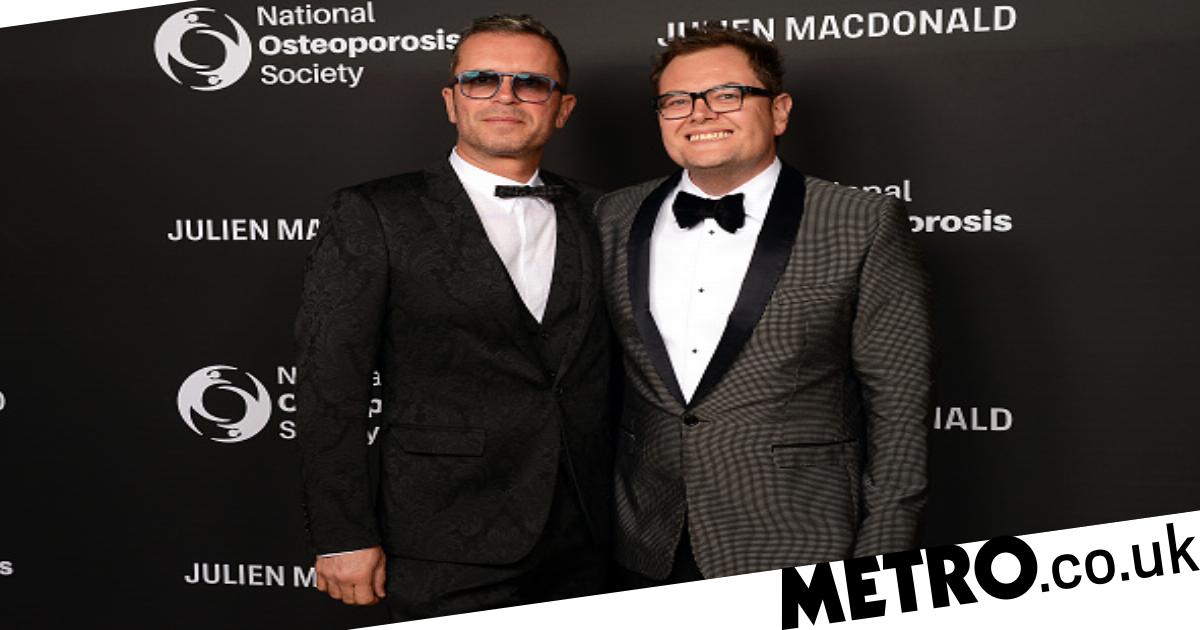 Alan Carr’s husband Paul Drayton needs holes drilled in his skull as part of a life saving operation before Christmas.

The Chatty Man host’s partner revealed he would be ‘offline for a while’ following the emergency surgery, as he opened up on the procedure.

Paul, 50, said on social media: ‘I have a chronic subdural hematoma. They have to drill two small holes to drain it. Hopefully in the next few days.’

He added: ‘I won’t be on here for a while but will read all your messages as it gives me comfort and peace,’ before thanking his followers for their ‘messages and love.’

He also admitted that he feels ‘broken,’ and it was hard not to cry while recording a video for his Instagram story.

However, he’s trying to look forwards and is hoping for a ‘better’ year in 2022.

The problem was identified after Paul booked an appointment with his doctor after falling from a horse and his head feeling not ‘right.’

This upcoming procedure comes after he pleaded guilty at Brighton Magistrates’ Court in November for a charge of drunk driving.

The judge said it was a ‘miracle’ that no one was killed in the incident, while sentencing is pending and will take place in the new year.

In August, Alan said he was trying to get his husband Paul the ‘help he needs’ after he started drinking again.

At the time, the comedian told how his significant other ‘fell off the wagon’ while Alan was away filming in Wales, but the comic was working with Paul to help him.

He said: ‘While I was away filming on location the past few weeks, Paul fell off the wagon and started drinking again.

‘When I arrived back home from Wales, Paul was covered in scratches and bruises from a drinking binge.’

He said they are ‘now working together to get the help he needs to get better,’ which Alan said is the couple’s ‘number one priority.’

Alan previously admitted the coronavirus lockdown had tempted Paul to
start drinking again, but he was ‘proud’ of him for staying sober.

He said: ‘It’s been tough for Paul during lockdown. He’s been saying, “Oh, shall we get a bottle?” and I say, “No, we’re not getting any rose wine in.” He’s been so good and I’m so proud of him.’

They married in Los Angeles at a small, private ceremony.

Well, if ‘small’ means it was organised and payed for by Adele, with her also getting specially ordained to officiate the ceremony, then yes, it was small.

Alan Carr’s reps have been contacted by Metro.co.uk for comment.