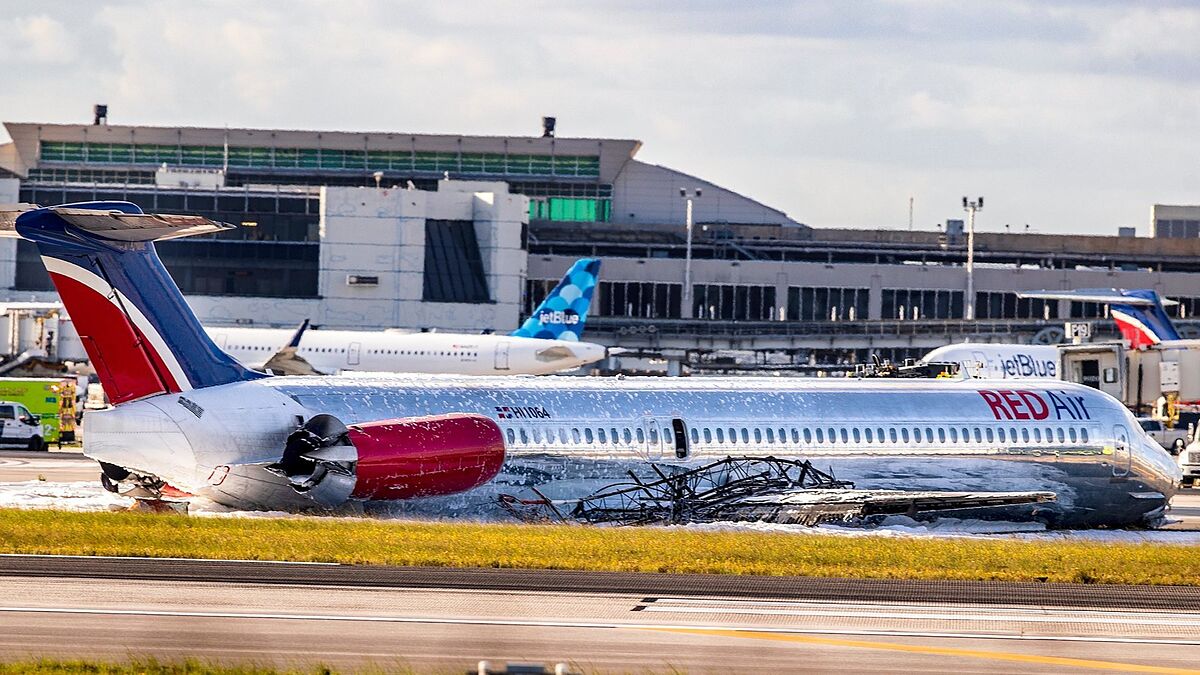 The plane carried 126 people. It caught fire moments after landing in Miami.

“The fire followed the collapse of that landing gear on a Red Air flight arriving from Santo Domingo, the Dominican Republic, Miami-Dade Aviation Department spokesman Greg Chin said in an email to The Associated Press,” AP reported.

The accident left three people injured. All of them were taken to the hospital.

According to airport authorities, the three injured passengers had minor injuries.

The rest of the people arrived at the terminal by airport busses.

How did it happen?

The Federal Aviation Administration said the Red Air plane that arrived from Las Americas International Airport in the Dominican Republic was approaching the runway.

Then, the landing gear collapsed generating the fire.

The passengers exited the plane and began running away from it while authorities reach the scene.

“MDFR is on the scene of an aircraft fire at Miami International Airport.”

“Fire crews have placed the fire under control and are mitigating fuel spillage. All souls on board have been assessed for injuries.”

“A total of 3 patients have been transported to local area hospitals.”