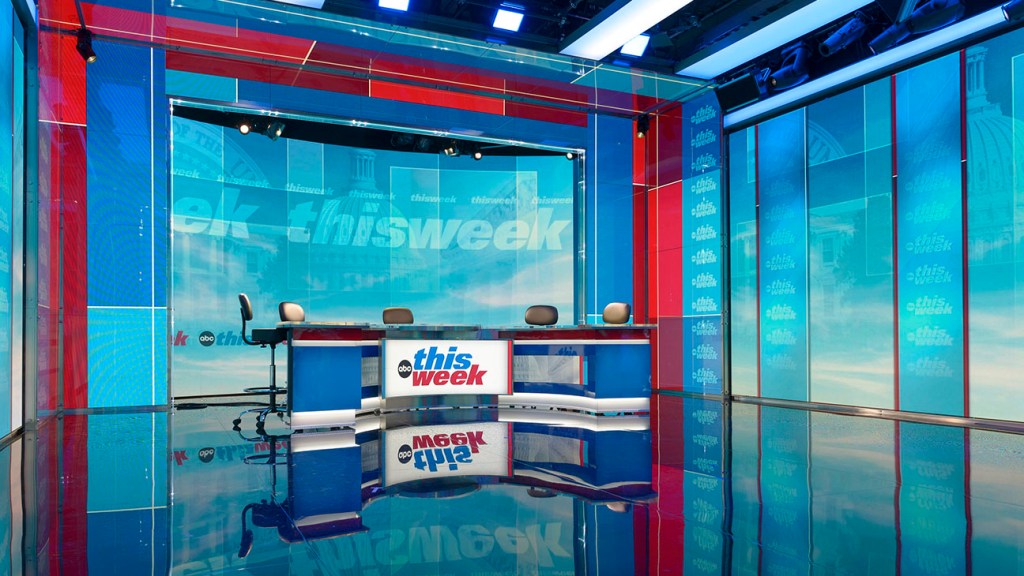 As the country reacts to an off-year election that rattled Democrats and energized Republicans, ABC’s This Week is already thinking about how the repercussions will be felt over the next year leading into the 2022 midterms, with co-anchor Martha Raddatz on the road talking to voters.

“We were doing that because it was a peg from one year to the 2022 election, so we wanted to go big and mark the countdown to the midterms, because those will be pretty consequential,” says Dax Tejera, the executive producer of This Week.

And then Tuesdays election took place, and with a Republican win in Virginia, and a near-upset in New Jersey (as well as other surprising results down-ballot), the decision to have Raddatz on the road took on new meaning.

“I always like to drive on these trips, we drove I think 900 miles,” Reddatz says. “We left Tuesday on election day, so we were in Virginia, then we went to North Carolina, Georgia, Florida, and we just flew back from Florida. We not only had a chance to look at what happened this week, but set the stage for a year from now.”

It’s one of the decisions that has made This Week distinct among the Sunday morning public affairs shows. In recent weeks the program has topped its competition on NBC and CBS in both total viewers and the core adults 25-54 demographic, according to Nielsen.

“We don’t take it for granted, it has been many, many years since we have been in this position,” Tejera says.

Unlike Meet the Press and Face the Nation, This Week leans on a trio of anchors: George Stephanopoulos, Jon Karl, and Raddatz, and tries to use each anchor in a place that plays into their strengths. “I think we are a great mix of expertise and personalities and interests and passions,” Raddatz says.

“The best show for me is if I can get all three of them into the hour, and that is something I try to do as often as possible,” Tejera adds.

For Raddatz, that often means traveling across the country meeting regular people, or reporting overseas, harkening back to her time as a foreign correspondent.

And while the program doesn’t shy away from newsmaking interviews with politicians, or its signature roundtable — Tejera and Raddatz both note that ABC News analyst and This Week regular Chris Christie was one of the only voices on TV arguing that New Jersey would be a close race — it is finding other voices and perspectives that really drive the show, and distinguish it from the competition.

And this Sunday’s program is not only significant for ABC because of the kickoff of coverage for 2022, or the program’s 40th anniversary (which is Nov. 15), but also because it will mark the first broadcast to originate from a new set ABC News has constructed in its Washington bureau (pictured above), one that Tejera says will be used “for all the ABC News platforms.”

Like most modern TV news sets, the centerpiece is an oversized video wall, which can be used to bring imagery into the studio in an engaging way.

“It gives us the flexibility to support all of our shows out of Washington, because the space is so adaptable for different needs,” Tejera says. “And for us, because we do originate from two different cities, it lets us have a different look and feel so that the audience is comfortable knowing where they are coming to ABC on Sunday morning.”