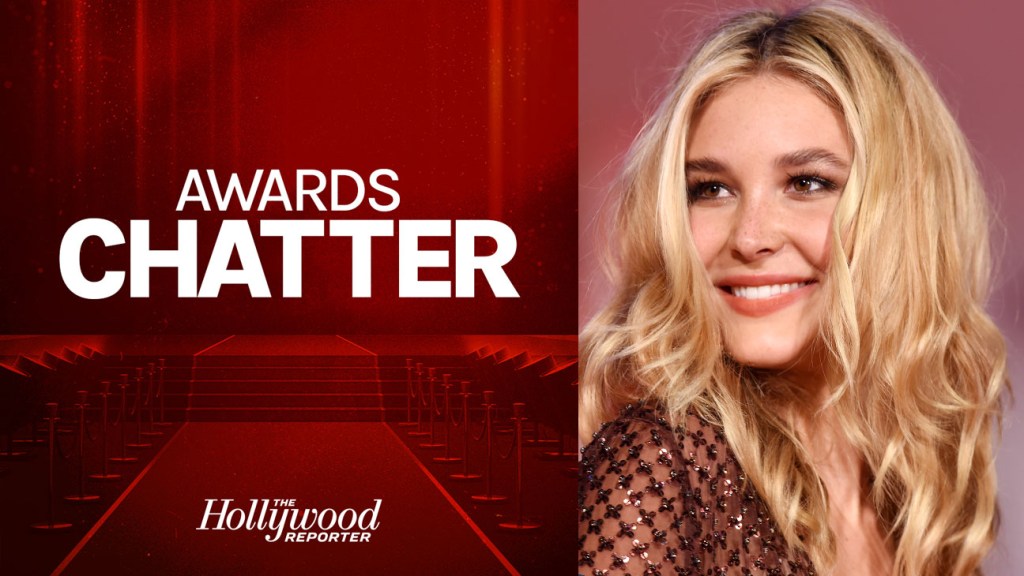 Isabel May is one of the most promising young stars in Hollywood. She’s a 21-year-old who was until recently known, if at all, for playing one of the two leads on the Netflix sitcom Alexa & Katie, which ran from 2018 through 2020; a recurring part on the CBS sitcom Young Sheldon during that same timespan; and the lead in the 2020 indie film Run Hide Fight. But then she was cast as Elsa Dutton, the central character on and narrator of Taylor Sheridan’s Yellowstone-prequel 1883, and when that 10-episode Paramount+ limited series began rolling out late last year, quickly becoming a ratings hit, it became obvious that a new star was on the scene.

During a recent episode of The Hollywood Reporter’s Awards Chatter podcast, May — who bears a striking physical resemblance to Jennifer Lawrence, another actress who got her start on a sitcom and then broke through in a makeup-free part out in the wild — reflected on her journey. You can listen to the full conversation or read excerpts of it below.

Where were you born and raised and what did your folks do for a living?

I was born and raised in Los Angeles, the Santa Monica/Venice area. I wish I had the characteristics of a person raised in Southern California, but no, I cannot surf. I do have the blond hair and freckles, so I can pretend at least. I’m an only child. My mom did public relations for years. My father did all sorts of stuff in the industry. Now they invest in real estate.

I understand that you were quite an introverted kid.

I didn’t know how to interact with children my own age. I read like crazy. I just had a difficult time communicating. But I had a wonderful sixth grade English teacher who recognized my love of stories and storytelling, and he encouraged my parents to get me to socialize a bit more, so I began auditioning. And from that I got the managers that I have now.

I got my first job five months after leaving school. It was definitely the right decision.

That first job was Alexa & Katie. You starred as Katie, the supportive friend of Alexa, who has cancer. At 16, did that feel like getting thrown into the deep end?

Oh, absolutely. I’d never watched a sitcom before. I did not find myself to be very funny at all. I really wish I was. During that show, I experienced a lot of stress. I started losing pieces of my hair. I turned into a little toothpick. I was only focusing on the work and not taking care of myself at all.

How were you different when that show was over versus when it began?

Oh, I was finally willing to call myself an actor. It took me three years to be able to say, “I’m an actor.”

At a certain point, you hear about an audition for Mayor of Kingstown, one of the crazy number of shows that Taylor Sheridan was and is juggling at the same time.

I went in for Mayor of Kingstown last year around March. It’s wild to think that it hasn’t been that long at all. I remember receiving the sides and seeing that it was this woman named Iris, and it’s a Taylor Sheridan show. I looked up his body of work and went, “Oh, my God! He’s made some films that I just revere, Hell or High Water being one of them. I didn’t realize he was making television.” I sent in a tape. He called the next day. So I flew to Texas, had a day to prepare, and then drove out to his place. We did three scenes — I read with him, which was interesting, I’d never done that before — and then I had to go to Atlanta to do little this rom-com called I Want You Back with Charlie Day. Then I got a call from my manager, and it was weird because she was crying. She said, “You didn’t get it. But he has written an email for you. Please read it. Take it in. Process.” So I read it and it was basically him saying, “You’ve auditioned for me for the last time. It is my job to find your next job.” And I was like, “Holy crap. I can’t believe a director, let alone someone of this caliber, is sending something so thoughtful.”

And you’re not thinking, “This is just a very polite guy who I’m never going to hear from again?”

No, that’s exactly what I thought. Deep down, I didn’t want that role of Mayor of Kingstown. It required something that I didn’t want to give away yet — I was too young, I was 20 — with nudity. But I loved what it required emotionally. Anyway, I thought maybe five years from now there’ll be a cute little role that he’ll want to put me in. But he called my manager two weeks later and said, “I want Isabel to be in the show that I’m writing. It’s a prequel to Yellowstone, but it’s its own thing. There’s always been a missing puzzle piece and I figured out what it is and it’s Isabel. What I see in Isabel is hope. That was why she couldn’t do this role in Mayor of Kingstown. That character has no hope.” It still blows me away that anyone like Taylor would say that. And he said, “It’s going to be through her POV and you’re going to hear her voice throughout it. She’s telling the story.” He said, “I’ll be sending these scripts as I’m writing them.” And so over the course of two months, he sent all 10 scripts. I’ve never cried that much reading something.

You had done stuff that was reaching a very different demo prior to this, so it’s not like you were necessarily on every list.

I was on no list, let’s just be honest. No one knew who I was. It was incredible. I have no idea how any of this happened.

Elsa is the older child of this Dutton family who has never seen anything outside of her small town and never experienced love, sex, anything, so she’s just brimming to go out and experience the world. The show follows the Dutton family as they’re traveling from Tennessee to Texas, and then from Texas to Oregon because they want a new, better life. And you watch it through her perspective, following a young girl’s coming of age over the span of six months.

Elsa’s parents are played by the real-life couple Tim McGraw and Faith Hill. Were they people you knew of?

I did not know who they were. I listen to jazz music and folk music, so I was unfamiliar with them.

How about Sam Elliott, who’s as associated with the Western genre as anyone alive today?

The first time I met him he grabbed my hand and looked at me and I went, “Okay, I get it.” And he said, “It’s going to be a wild ride.” And then he went, “I’m too fucking old to be here.” Because his role was written for a 45-year-old. But I think it’s perfect it was him because we needed wisdom there. And, man, did he blow everyone away.

Taylor is a real-life cowboy, and he insists on his actors looking believable too, even sending them to a sort of cowboy boot camp…

I found out from the wranglers that we were working with who do cowboy camp with the Yellowstone actors that we were doing the real stuff and that the Yellowstone actors were doing child’s play — no shade, just saying! But, yeah, every day we woke up at 6:30 a.m., we’d get breakfast, and then we’d jump on our horses and herd cattle, practice loping, go into these fields and do games with one another. And by the way, this is all in 103-degree Texas weather, sweating your balls off.

How much time had you spent on a horse before this?

Never been on one before, so I really had to figure that out as quickly as possible!

How did you arrive at the accent you used?

I really wanted to work with a dialect coach because it’s 1883, they’re from Tennessee, and I wanted to make it as accurate as possible. The accent that Taylor had originally referenced was Philip Seymour Hoffman’s in Cold Mountain. I remember going, “That is very strong.” So I really worked on that. Look, I went for it. I really sounded like my grandma, who’s from Tennessee.

Did you record those voiceovers before or after you shot your scenes?

I did the ADR for all 10 episodes in a day, before we ever shot anything. I was going, “I need a little more time to really get into this accent.”

How varied were the conditions you guys were acting in?

They were so extreme. You’re in 106-degree weather in Texas, then you go up to Montana you’re in 10-degree weather. My issue was, as it was getting colder, I was shedding clothing.

And not wearing makeup, right?

Just a lot of dirt. And remarkably enough, it almost makes you look good. I was like, “You know what? This has given me a bit of a contour. My cheeks are going down a little bit. It’s nice. I don’t look like I’m 13 years old.”

The first episode dropped on Dec. 19. Was that when you first saw it?

Taylor would play the first episode, whether anyone liked it or not, when we would be having dinner or something, so I’ve seen the first episode a million and one times. But I have not watched any other episode in its entirety. I looked at certain scenes just to see how they came out, but I haven’t wanted to watch it for some reason. Maybe I will in due time.

What are your greatest dreams for the future?

I want to work with Cameron Crowe one day, and I want to play Edie Sedgwick. That is my dream.

This interview has been edited and condensed for clarity.